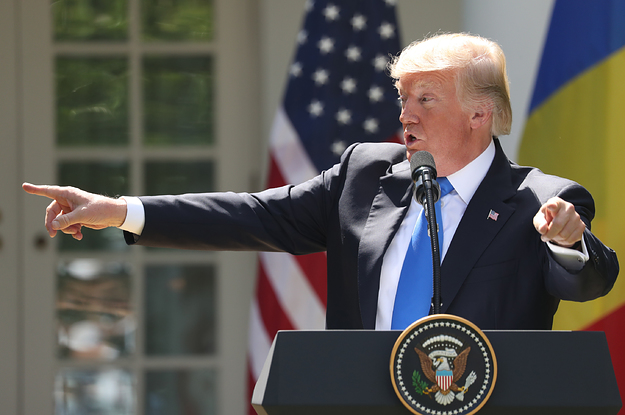 “No collusion. No obstruction. He’s a leaker.”

The president’s public statements were the first since Comey testified Thursday, accusing Trump of asking him to “let go” of the FBI’s Michael Flynn investigation and lift the “cloud” of the Russia investigation.

When asked about Comey’s testimony, Trump said “I didn’t say that,” although he added “there’d be nothing wrong if I did say it.”

“It was an excuse by the Democrats who lost an election,” Trump said, repeating a claim he has made when asked about the multiple investigations into Russian meddling in the election and possible collusion with his campaign.

Trump also continued to play coy regarding the possibility of there being taped recordings of his exchanges with Comey, telling reporters, “I’ll tell you sometime maybe in the very near future.”

The president was also asked if he would abide by Article 5 of NATO considering the threat Eastern European nations still sense from Russia.