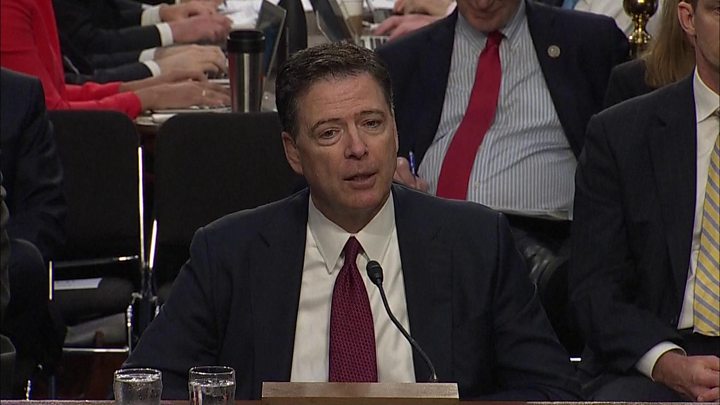 US President Donald Trump says he did not make secret recordings of ex-FBI chief James Comey despite an earlier hint to the contrary.

He said in a tweet: “I did not make, and do not have, any such recordings.”

Days after he fired Mr Comey in May, the president had tweeted: “James Comey better hope that there are no ‘tapes’ of our conversations…”

He has been under pressure to produce the tapes amid inquiries into alleged Russian meddling in the election.

The House Intelligence Committee had earlier this month asked the White House to hand over any such recordings.

James Comey was heading the FBI inquiry into alleged Russian interference in last year’s presidential election, and whether the Trump team had any links to Moscow, when he was fired on 9 May.

In the days that followed, a succession of stories appeared in US newspapers with allegations surrounding a private meeting Mr Trump had with Mr Comey in the Oval Office in February.

They included the claim that the president had asked Mr Comey to drop an investigation into fired National Security Adviser Mike Flynn.