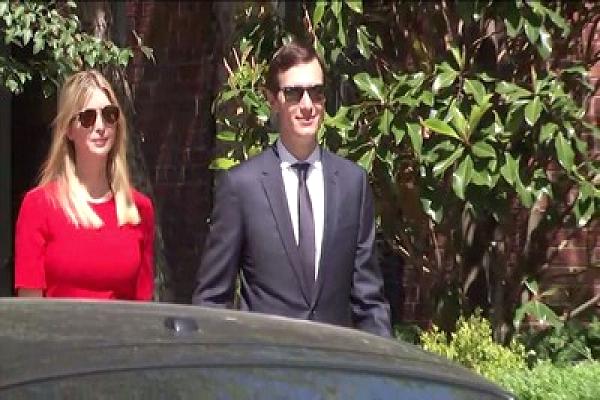 Senior White House adviser Jared Kusher is denying that President Donald Trump’s campaign colluded with Russia, saying in a statement ahead of congressional interviews that he has “nothing to hide.”

The 11-page statement provided to The Associated Press by a representative Monday details four contacts with Russians during Trump’s campaign and transition. Kushner plans to deliver the statement during closed-door meetings with investigators on the Senate and House intelligence panels this week.

Kushner is meeting with staff on the Senate committee Monday and lawmakers on the House committee Tuesday as part of both panels’ investigations into Russian meddling in the 2016 campaign and possible links to the Trump campaign.

Kushner, who is married to Trump’s daughter, Ivanka, says none of the contacts was improper. He also denies that Russians finance any of his business in the private sector.

“I did not collude, nor know of anyone else in the campaign who colluded, with any foreign government,” Kushner said in the statement.

In it, he also details a June 2016 meeting with a Russian-American lawyer and says it was such a “waste of time” that he asked his assistant to call him out of the gathering.

Emails released this month show that the president’s son, Donald Trump Jr., accepted the meeting at Trump Tower with the idea that he would receive damaging information about Hillary Clinton. But Kushner says he hadn’t seen those emails until recently shown them by his lawyers.