Online threats, racist or misogynistic insults, public harassment and outright physical intimidation are just some of the behaviours that officials warn are changing the face of Canadian politics. The issue was highlighted last weekend, when a man was filmed launching an expletive-laden verbal assault at Deputy Prime Minister Chrystia Freeland. The incident – which was […]

President Biden and congressional Democrats are getting less done in Washington than a plurality of voters expected, according to a new poll. Meanwhile, a separate poll released this week shows Biden’s approval rating reaching the lowest point of his presidency. The sluggish poll results emerged as the Biden administration was grappling with inflation fears among […]

A “potential terrorist” with links to a number of “Yemeni subjects of interest” was captured in Arizona late last week after illegally crossing the U.S.-Mexico border, U.S. Border Patrol officials announced Monday. The 21-year-old man was apprehended Thursday night entering the U.S. from Mexico through Yuma, Arizona, according to a tweet from Yuma Sector Chief […]

An Alabama judge was removed from the bench for committing several substantial ethics violations, including referring to another judge as an “Uncle Tom,” a derogatory term meant to describe a Black person who is overly allegiant to White people. Jefferson County Judge Nakita Blocton, who is herself Black, “engaged in a pattern and practice of […] 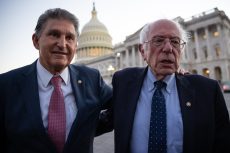 A Florida man has received the stiffest criminal sentence of any Jan. 6 Capitol riot defendant so far, getting more than five years in prison. Robert Palmer, 54, of Largo was sentenced to 63 months behind bars Friday in D.C. federal court by Judge Tanya Chutkan. The sentence equaled what prosecutors had been recommending. Palmer […]

CNN senior producer John Griffin was arrested on Friday by the FBI after being charged with shocking sex crimes with girls as young as seven years old and an unsealed document provides vulgar details to the alleged crimes that could result in life in prison. The CNN veteran was charged by a grand jury in […] 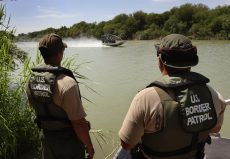 Two civilians are confirmed dead after an alleged human smuggler transporting illegal migrants collided with their vehicle. The victims were killed Saturday in Mission, Texas, after a human smuggler, being pursued by police, ran a stop sign and T-boned their vehicle, according to the Texas Department of Public Safety (DPS). Texas DPS confirmed the fatalities […]