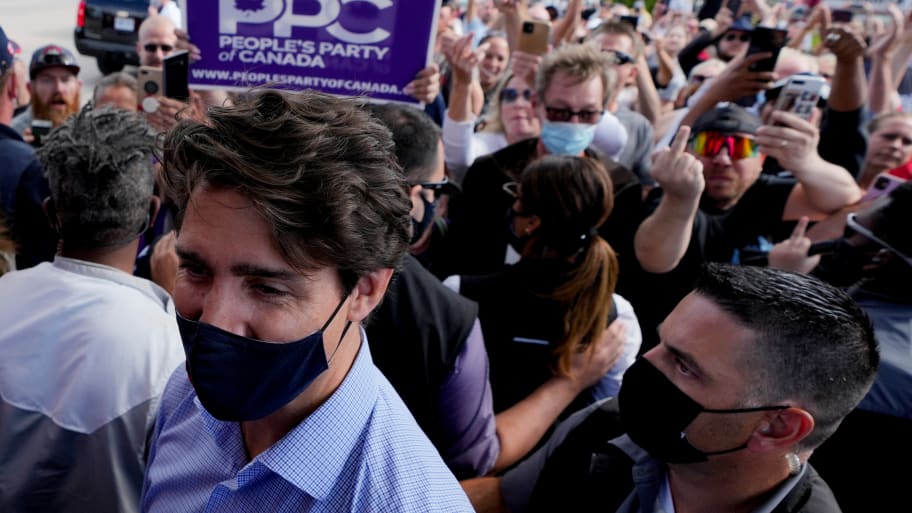 Online threats, racist or misogynistic insults, public harassment and outright physical intimidation are just some of the behaviours that officials warn are changing the face of Canadian politics.

The issue was highlighted last weekend, when a man was filmed launching an expletive-laden verbal assault at Deputy Prime Minister Chrystia Freeland.

The incident – which was posted to social media – shows a man shouting at her as she approached a lift in Grande Prairie’s city hall during a visit to Alberta.

The man is seen calling her a “traitor” and using various profanities as he tells her to leave the western province. Police have since confirmed they are looking into the incident.

It comes after other public incidents, including Prime Minister Justin Trudeau being pelted by gravel by anti-vaccine mandate protesters during the last federal election and NDP leader Jagmeet Singh being verbally harassed outside an event earlier this year.