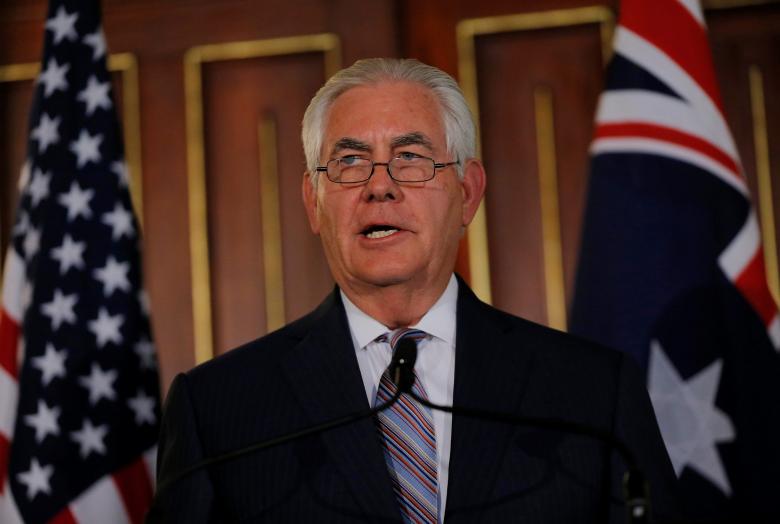 WASHINGTON U.S. Secretary of State Rex Tillerson on Friday urged Saudi Arabia and other Gulf states to ease their blockade against Qatar, saying it was causing unintended humanitarian consequences and affecting the U.S.-led fight against Islamic State.

“We call on the kingdom of Saudi Arabia, the United Arab Emirates, Bahrain and Egypt to ease the blockade against Qatar,” Tillerson said in a brief statement to reporters. Tillerson said the blockade was causing food shortages, the forced separation of families and children being pulled out of school.

“We believe these are unintended consequences, especially during the holy month of Ramadan,” he said.