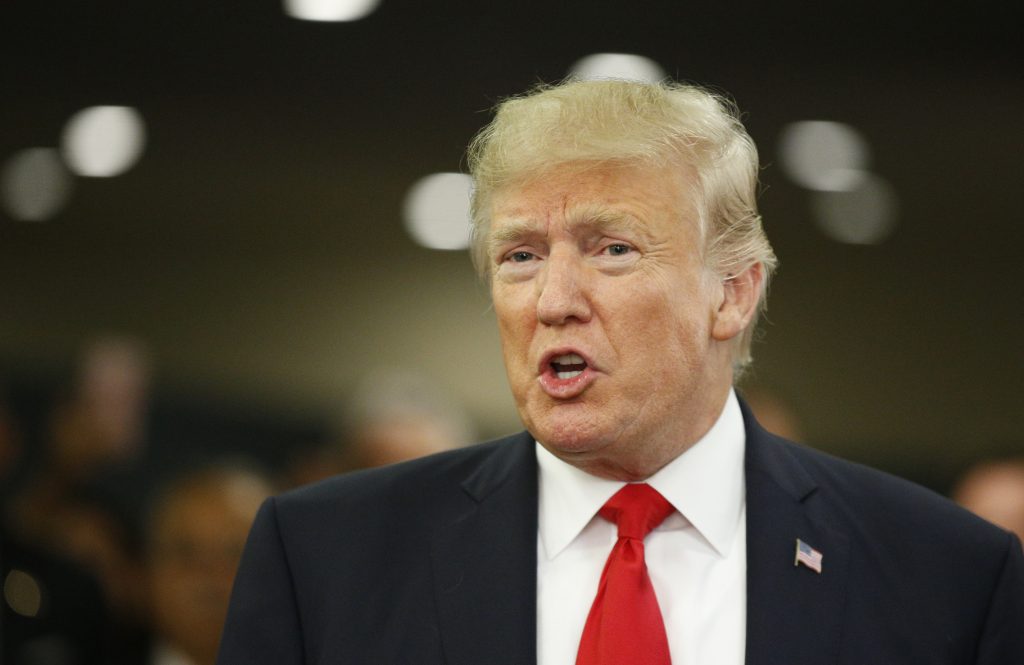 WASHINGTON — President Donald Trump is putting pro football players on notice for Week 4 of the NFL season: He won’t stand for it if they kneel in protest during the national anthem.

At Sunday’s first game, in London, New Orleans Saints players, coaches and staff knelt before the start of the anthem but stood in unison once it began. On the Miami Dolphins’ sideline, three players were on one knee during the singing of “The Star-Spangled Banner.”

Amid a series of tweets Saturday against criticism of the federal response to hurricane damage in Puerto Rico, the president returned to the world of sports and society: “Very important that NFL players STAND tomorrow, and always, for the playing of our National Anthem. Respect our Flag and our Country!”

Protesting during the playing of “The Star-Spangled Banner” drew national attention last season when Colin Kaepernick, then a quarterback with the San Francisco 49ers, declined to stand as a way to bring attention to police treatment of blacks and to social injustice.

During a speech at a political rally in Alabama on Sept. 22, Trump called for NFL owners to fire players who engaged in such a protest. In the days that followed the president issued a series of tweets reiterating his views and calling for a fan boycott of games.