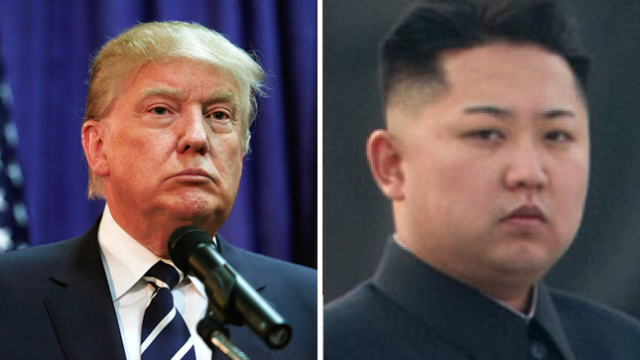 North Korean state media said Wednesday that President Trump has been “sentenced to death by the Korean people” as Trump returns from an Asia-Pacific tour in which he made a point of repeatedly slamming Pyongyang and leader Kim Jong Un.

“He should know that he is just a hideous criminal sentenced to death by the Korean people,” an editorial from the North Korean newspaper Rodong Sinmun read.

“He will be forced to pay dearly for his blasphemy any moment,” the op-ed continued.

The “blasphemy” in question could be Trump’s most recent Twitter insult of Kim, which came on Saturday:

Why would Kim Jong-un insult me by calling me “old,” when I would NEVER call him “short and fat?” Oh well, I try so hard to be his friend – and maybe someday that will happen!

“The Korean people will regard the face of Trump as a symbol of wolf-like U.S. imperialism and as a target of merciless retaliation and send him to the hell he likes so much to tout,” the North Korean editorial responded.