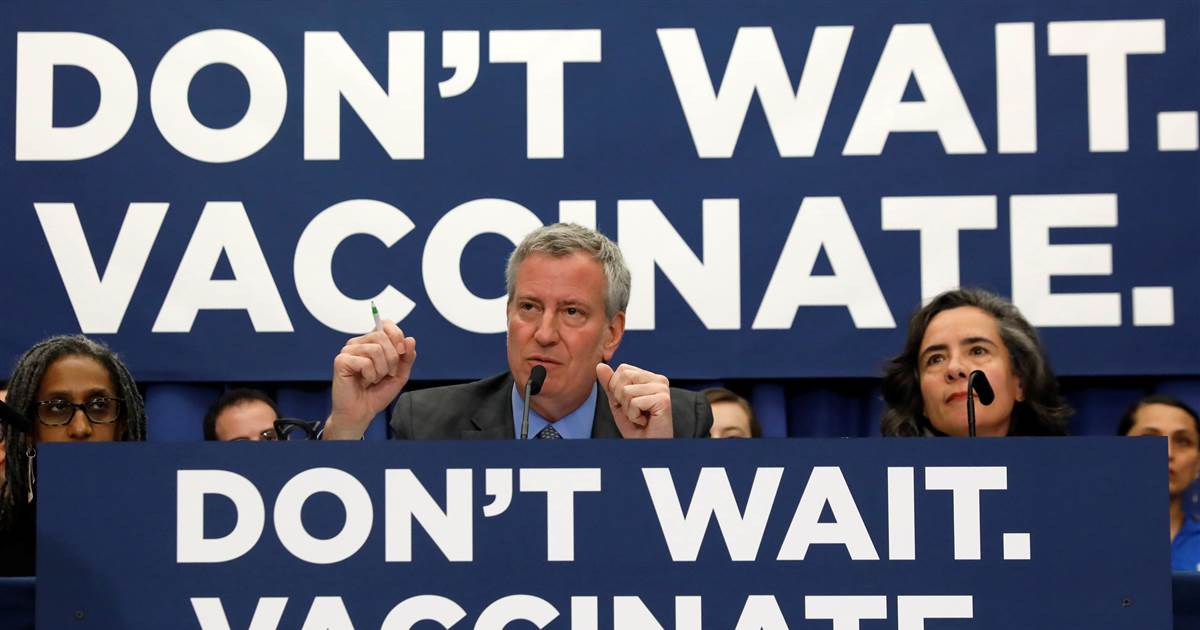 New York City on Tuesday declared a public health emergency amid a measles outbreak in the ultra-Orthodox Jewish community in Brooklyn.

Mayor Bill de Blasio said that the city would require unvaccinated individuals living in select zip codes in Williamsburg, Brooklyn, to receive the measles vaccine in response to one of the largest measles outbreaks in decades.

“This is the epicenter of a measles outbreak that is very, very troubling and must be dealt with immediately,” the mayor said at a news conference in Williamsburg, where he was joined by health officials.

The mayor, acknowledging it was an “unusual action,” said that the city would issue violations and possibly fines for those who did not comply.

Those who cannot afford the vaccination will receive it for free, de Blasio said.