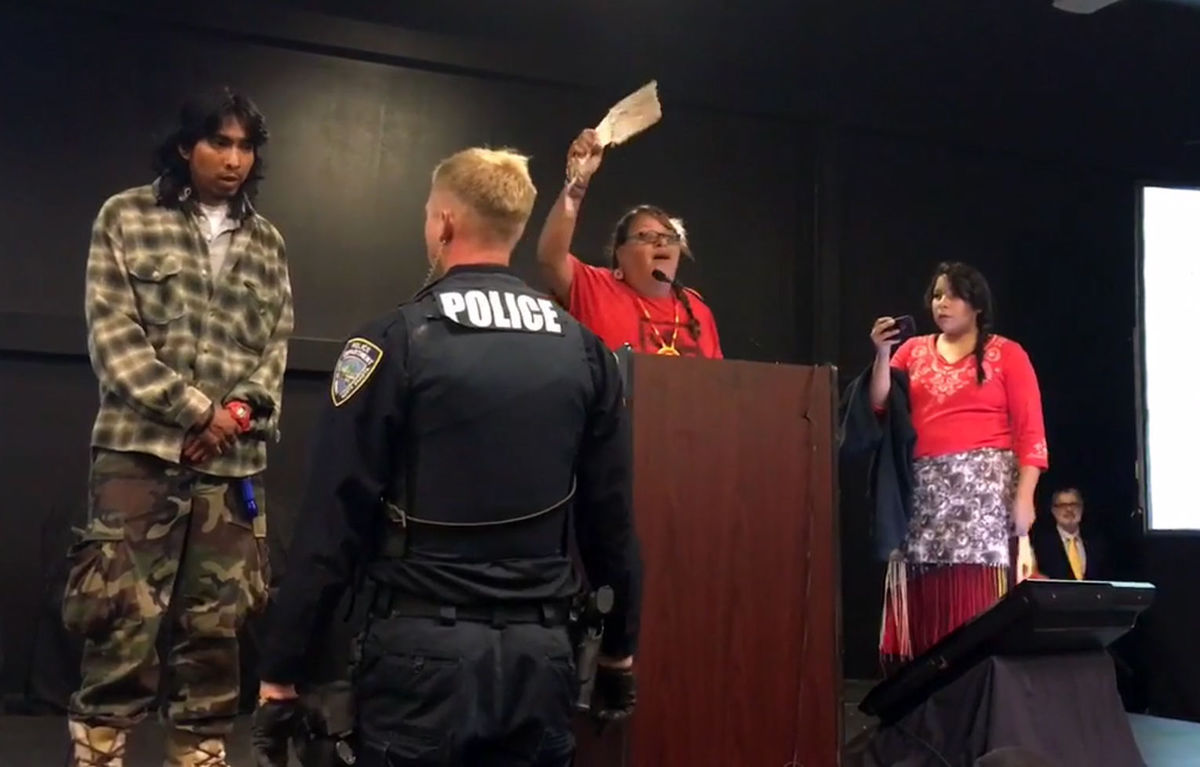 The elders of the Oglala Lakota Nation referred to the pipeline as the “black snake” as they took the podium and microphone while Department of Mineral Resources Director Lynn Helms was speaking to the North Dakota Petroleum Council.

“We want you guys to hear our voice and see us,” one woman said. “We’re not just some hashtag out there just making a scene. We want to be heard. We want you guys to understand that we are fighting for our lives, for our children, for our people, the way we have, our culture, our identity.”

Police approached the stage and warned the protesters they would be arrested if they didn’t leave. The group left through a side door chanting “Water is Life.”

Minot Police Capt. John Klug said the individuals left in their vehicles and no arrests were made. Although the group was “disruptive,” they were peaceful, Klug said.