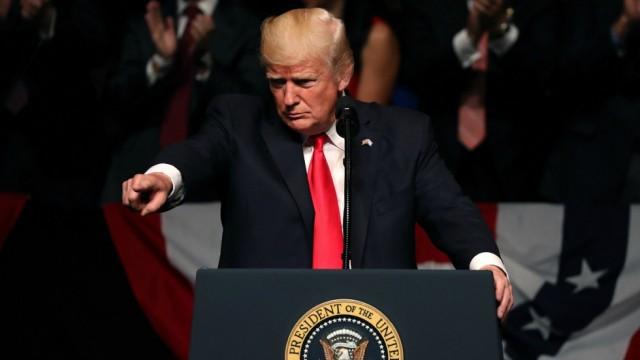 More Americans disapprove of President Trump’s job performance than approve of it across 31 states, including 11 states that he won in November, CNN reported on Wednesday.

Of the states Trump won, his worst net job approval rating comes in North Carolina, where 42 percent of people approve of the job he’s doing as president and 53 percent disapprove, according to CNN’s report.

The widest differences between Trump’s margin of victory and his net job approval are found in Texas and Indiana. Trump carried Indiana by 19 points in 2016 but is now underwater by 1 point. And Trump won Texas by 9 points but is 9 points underwater after six months in office.

Many of the states that voted for Trump but now disapprove of him include those where he won by a thin margin, including Pennsylvania, Wisconsin, Michigan and Florida, as well as swing states such Ohio, Iowa and North Carolina.

Only Utah and Hawaii have Trump approval ratings higher than the share of the vote he won in the presidential election.