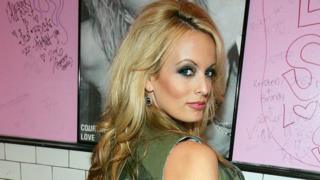 A polygraph test taken by adult film star Stormy Daniels in 2011 has concluded she was “truthful” in saying she had an affair with Donald Trump.

The lie test, obtained by CBS News, said she had unprotected sex with Mr Trump in 2006.

The president’s lawyers are seeking $20 million (£14m) from the actress, saying she broke a non-disclosure deal, which she claims is invalid.