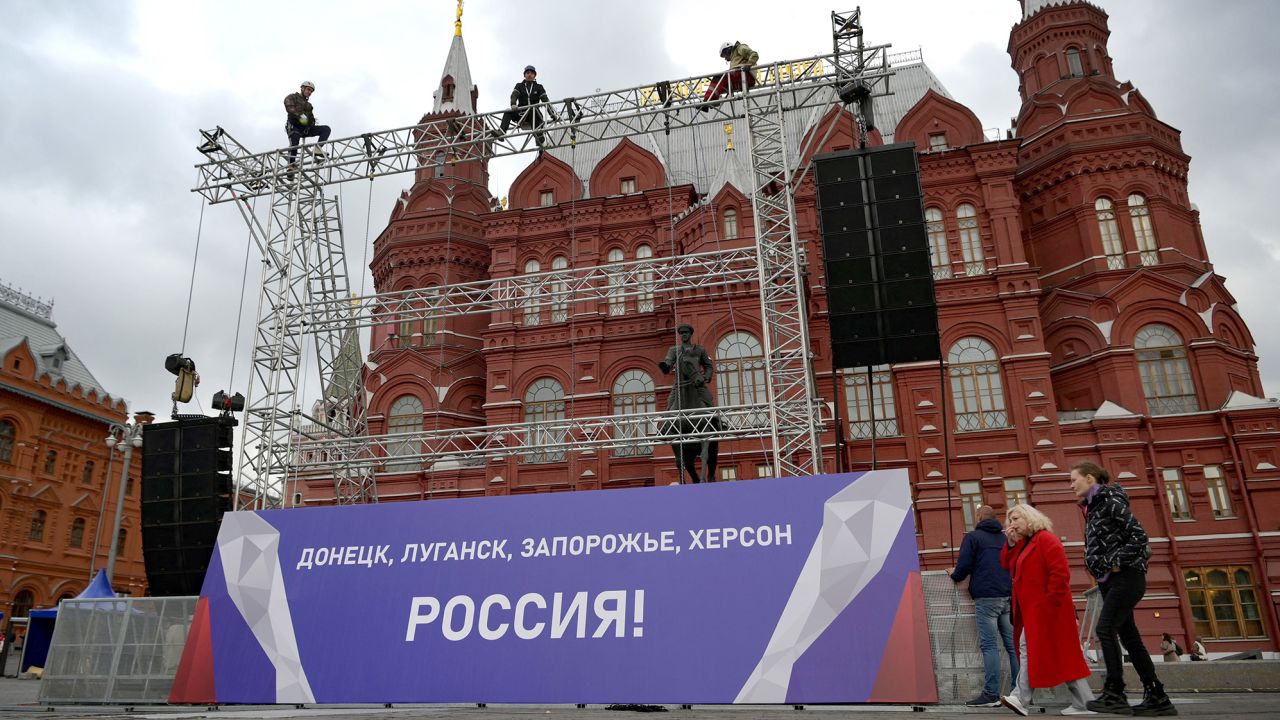 Russia is to annex nearly a fifth of Ukraine in blatant violation of international law, turning the millions of people living there into Russian citizens “forever,” President Vladimir Putin said Friday.

Once the process is officially complete, Moscow will recognize four Ukrainian regions as Russian territory: Luhansk and Donetsk – home to two Russian-backed breakaway republics where fighting has been ongoing since 2014 – as well as Kherson and Zaporizhzhia, two areas in southern Ukraine that have been occupied by Russian forces since shortly after the invasion began.

Putin’s annexation announcement, made in a formal speech at the Kremlin’s opulent St. George’s Hall on Friday, follows so-called referendums in the regions that were universally dismissed as “a sham” by Ukraine and Western nations.