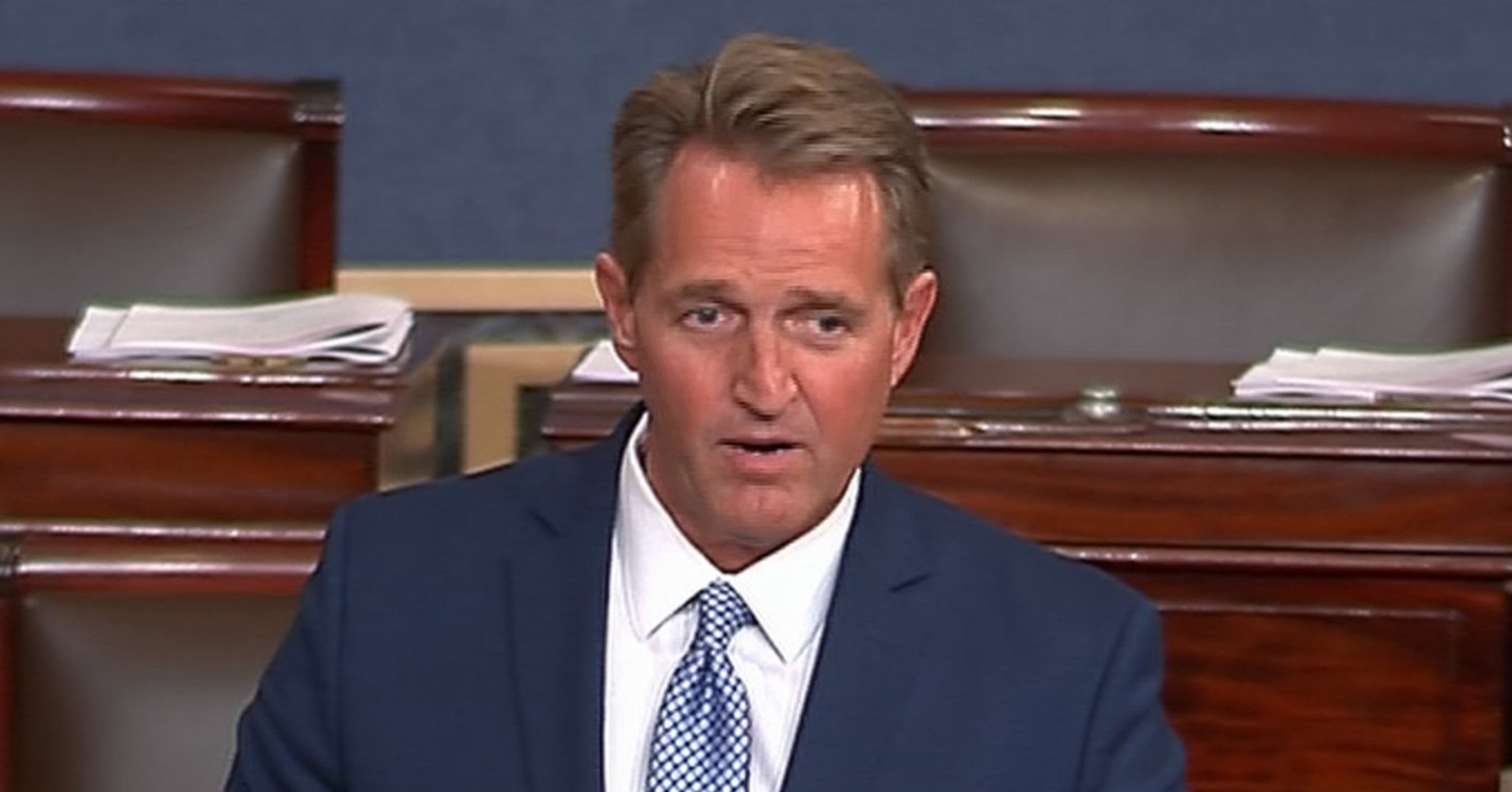 WASHINGTON ― Sen. Jeff Flake (R-Ariz.) warned Republicans that they must stand up to President Donald Trump’s attacks against the press or else risk being complicit in a dangerous slide to authoritarianism.

Flake delivered an impassioned speech on the Senate floor Wednesday warning that Trump’s repeated attacks on the U.S. media as “fake news” are hurting democracy, which he said depended on a shared set of facts.

“2017 was a year which saw the truth – objective, empirical, evidence-based truth – more battered and abused than any other in the history of our country, at the hands of the most powerful figure in our government,” Flake said. “It was a year which saw the White House enshrine ‘alternative facts’ into the American lexicon, as justification for what used to be known simply as good old-fashioned falsehoods.”

Trump last week again suggested he would make it easier for people to sue news organizations and publishers for defamation by taking a “strong look” at the nation’s libel laws. In addition to his attacks against specific news organization and journalists, Trump has labeled the media the “enemy of the people.”

Flake said it would be “a source of great shame in this body, especially for those of us in the president’s party,” if Trump’s “unprecedented” assault on the media went unchallenged. The president’s behavior this past year, he added, is reminiscent of similar tactics employed by Soviet dictator Joseph Stalin.

“A free press is the despot’s enemy, which makes the free press a guardian of democracy,” Flake said.

If Republicans decide to stand together and stand up to Trump, Flake continued, they can “prevent further moral vandalism” and “resolve to be allies of the truth ― and not partners in its destruction.”