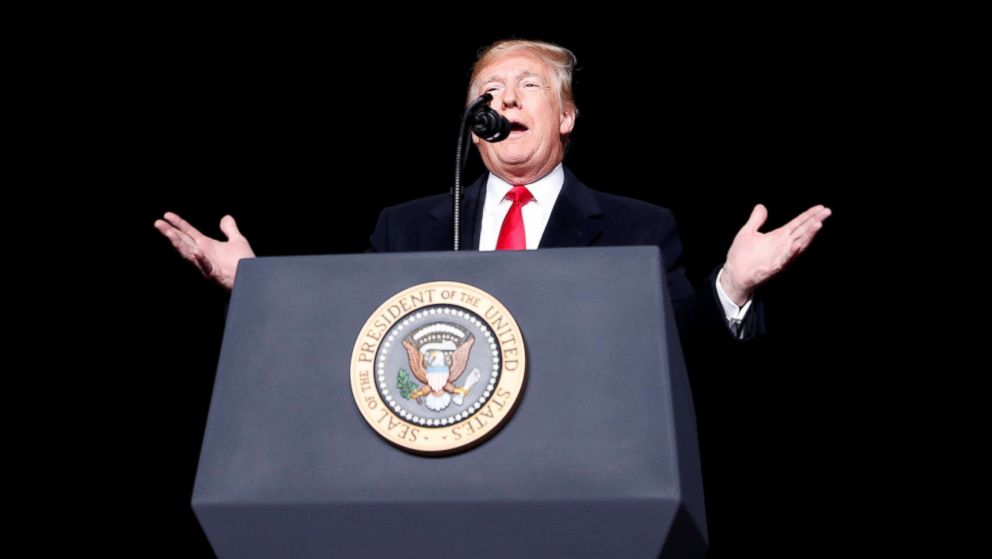 The day after multiple explosive devices were sent to former presidents Clinton and Obama, as well as a number of prominent Democrats and CNN’s offices in New York, President Donald Trump tweeted that a “very big part of the Anger” in today’s political climate is created by one of his most frequent targets of criticism, the “Mainstream Media.”

The president’s tweet comes on the heels of a rally Wednesday night in Wisconsin, when Trump said that the country must come together in “peace and harmony,” and that politicians “must stop treating political opponents as being morally defective.”

“Any acts or threats of political violence are an attack on our democracy, itself,” Trump said, who did not identify the attempted bombings as “acts of terrorism.” “No nation can succeed that tolerates violence or the threat of violence as a method of political intimidation, coercion, or control.”

But on a day when a major newsroom was forced to evacuate its office over a bomb threat, the president used the moment to call for the media to spend some time in self-reflection, while making no mention of whether his own rhetoric has contributed to the present political climate.

“The media also has a responsibility to set a civil tone and to stop the endless hostility and constant negative and oftentimes false attacks and stories. Have to do it. They’ve got to stop,” Trump said.