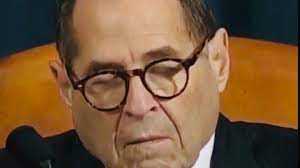 At 75 years old, longtime New York Rep. Jerry Nadler, a Democrat, is far from being the oldest member of Congress, but he’s certainly well past his prime.

A Democratic staffer told the New York Post that Nadler, who serves as chairman of the powerful House Judiciary Committee, has earned a nickname from his peers: “Rock-A-Bye Baby.”

It is apparently a well-kept secret that the abrasive congressman falls asleep during meetings – frequently.

Citing a Zoom meeting of House Democratic committee chairs earlier in the year, the aide, who participated in the planning session, said Nadler fell asleep. No one woke him up; the discussion simply continued without him.