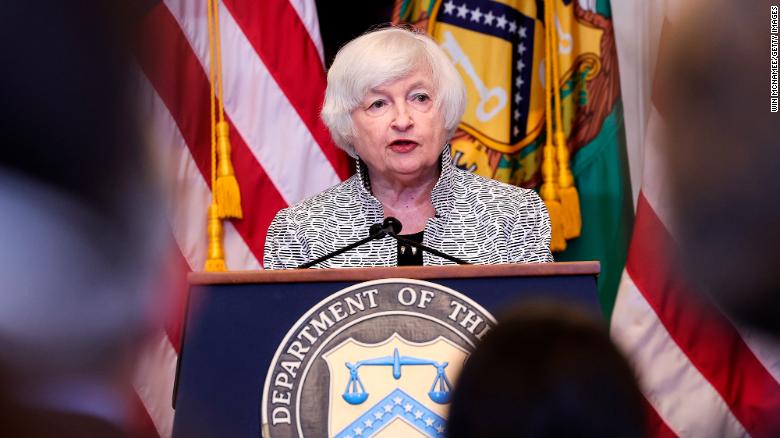 Treasury Secretary Janet Yellen said Sunday that there is a “risk” that US gas prices could rise again later this year, as fears grow over the possibility that Americans’ wallets could be strained by a spike in prices similar to the one seen this summer.

“Well, it’s a risk. And it’s a risk that we’re working on the price cap to try to address,” Yellen told CNN’s Dana Bash on “State of the Union” when asked if Americans should be worried about gas prices rising again later this year.

“This winter, the European Union will cease, for the most part, buying Russian oil. And, in addition, they will ban the provision of services that enable Russia to ship oil by tanker. And it is possible that that could cause a spike in oil prices,” she added.