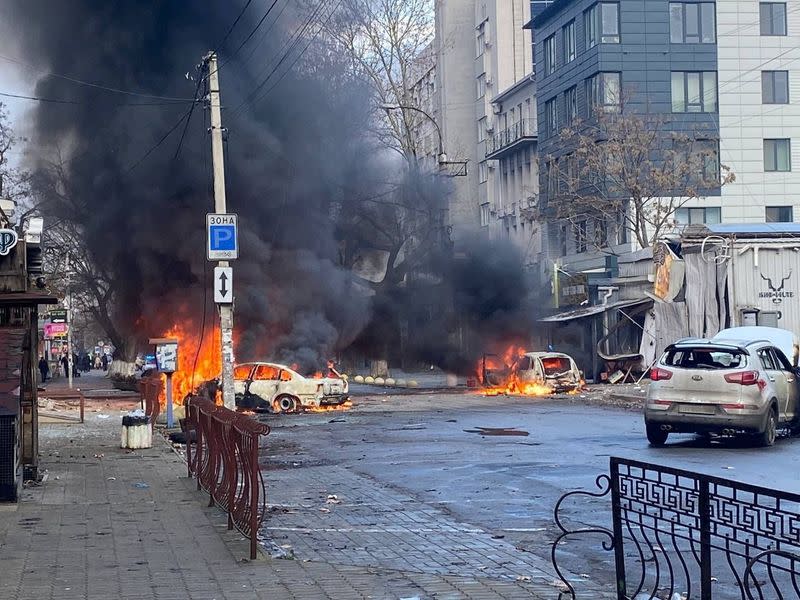 Air raid sirens rang across Ukraine as Russia unleashed more than 100 missiles on Thursday morning, according to a Ukrainian presidential adviser, and blasts were heard in several cities, including the capital Kyiv. “A massive air raid. More than 100 missiles in several waves,” presidential office adviser Oleksiy Arestovych wrote on Facebook, and the head of Ukraine’s Mykolaiv region also reported Russian missiles in the air.

Explosions were heard in Kyiv, Zhytomyr and Odesa, according to a Reuters correspondent and local media reports.

Power cuts were announced in the Odesa and Dnipropetrovsk regions, aimed at minimising potential damage to the energy infrastructure.

The blitz came hard on the heels of the Kremlins rejection of a Ukrainian peace plan, insisting that Kyiv accept Russia’s annexation of four regions.