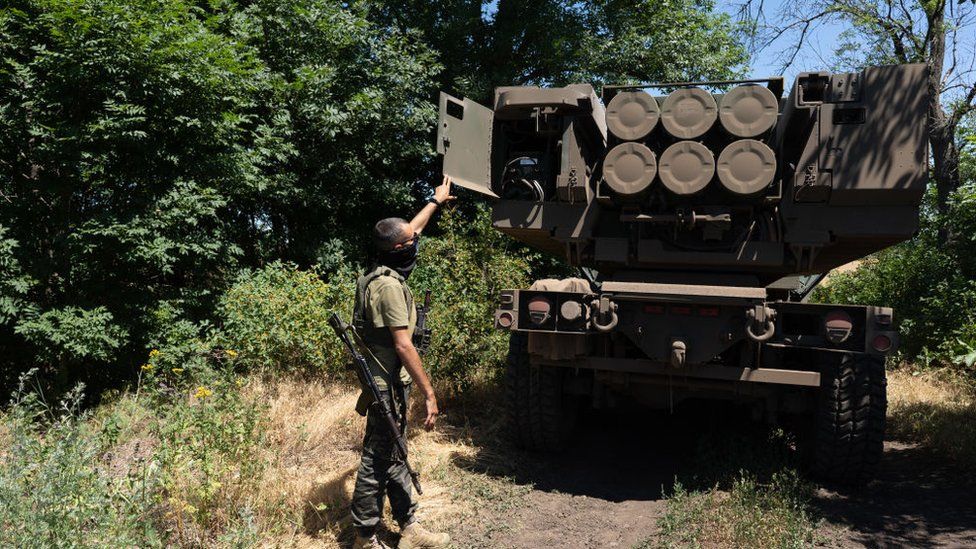 Russia has accused the US of direct involvement in the war in Ukraine for the first time.

A spokesperson for Moscow’s defence ministry alleged the US was approving targets for American-made Himars artillery used by Kyiv’s forces.

Lt Gen Igor Konashenkov said intercepted calls between Ukrainian officials revealed the link. The BBC could not independently verify this.

There was no immediate comment on the allegation from US officials.