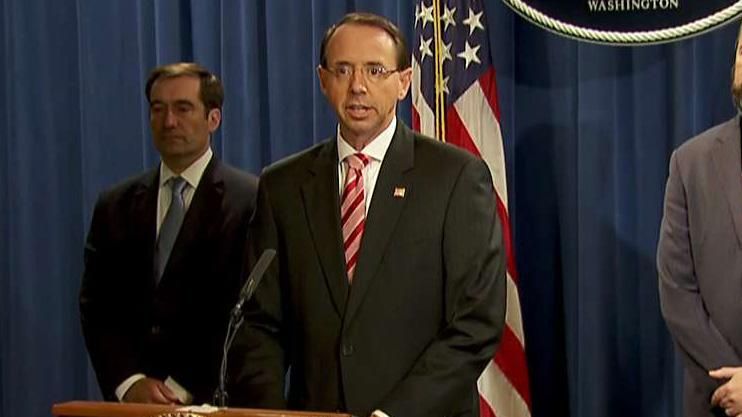 Deputy Attorney General Rosenstein announces indictment of 12 Russians for hacking the DNC during the 2016 election.

A federal grand jury has indicted 12 Russian intelligence officers for allegedly hacking emails from the Hillary Clinton campaign and Democratic Party during the 2016 election, the Justice Department announced Friday.

All 12 defendants are members of GRU, the Russian intelligence agency.

The case stems from Special Counsel Robert Mueller’s probe into Russia’s efforts to interfere in the 2016 presidential election. It comes as President Trump plans to meet Russian president Vladimir Putin for a summit in Helsinki on Monday.