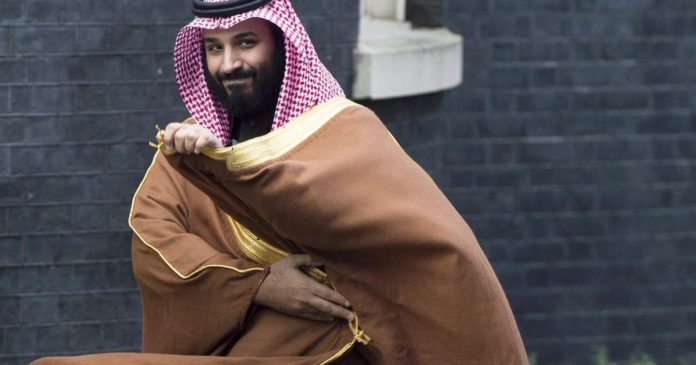 Saudi Arabia’s hawkish young crown prince has made it clear that his patience is wearing thin. He has accused Iran of waging proxy wars across the Arab world, through Shiite groups in Yemen, Syria, Lebanon and Bahrain. In an interview with CBS’ “60 Minutes,” he repeated his assertion that Ayatollah Khamenei is the Middle East’s “Hitler” and must be stopped before it’s too late.

“Saudi Arabia does not want to acquire any nuclear bomb,” bin Salman said in the interview, which aired Sunday. “But without a doubt, if Iran developed a nuclear bomb, we will follow suit as soon as possible.”

Energy Secretary Rick Perry traveled last month to London to discuss a deal that would allow the U.S. to sell nuclear reactors to Saudi Arabia. The discussions addressed so-called 123 agreements under the Atomic Energy Act, which contain a set of nonproliferation conditions on how the partner country maintains U.S.-obligated items.

The agreements include conditions that require assurances of peaceful use and prohibitions on uranium enrichment and reprocessing of spent fuel.

Saudi Arabia is currently one of three countries with which the U.S. is negotiating a 123 agreement, but the kingdom has long been reluctant, insisting that uranium enrichment is a matter of national sovereignty. While relations between Saudi Arabia and Israel have improved in recent years, Israel has made clear it doesn’t want to see Riyadh retain a right to enrich or reprocess uranium.