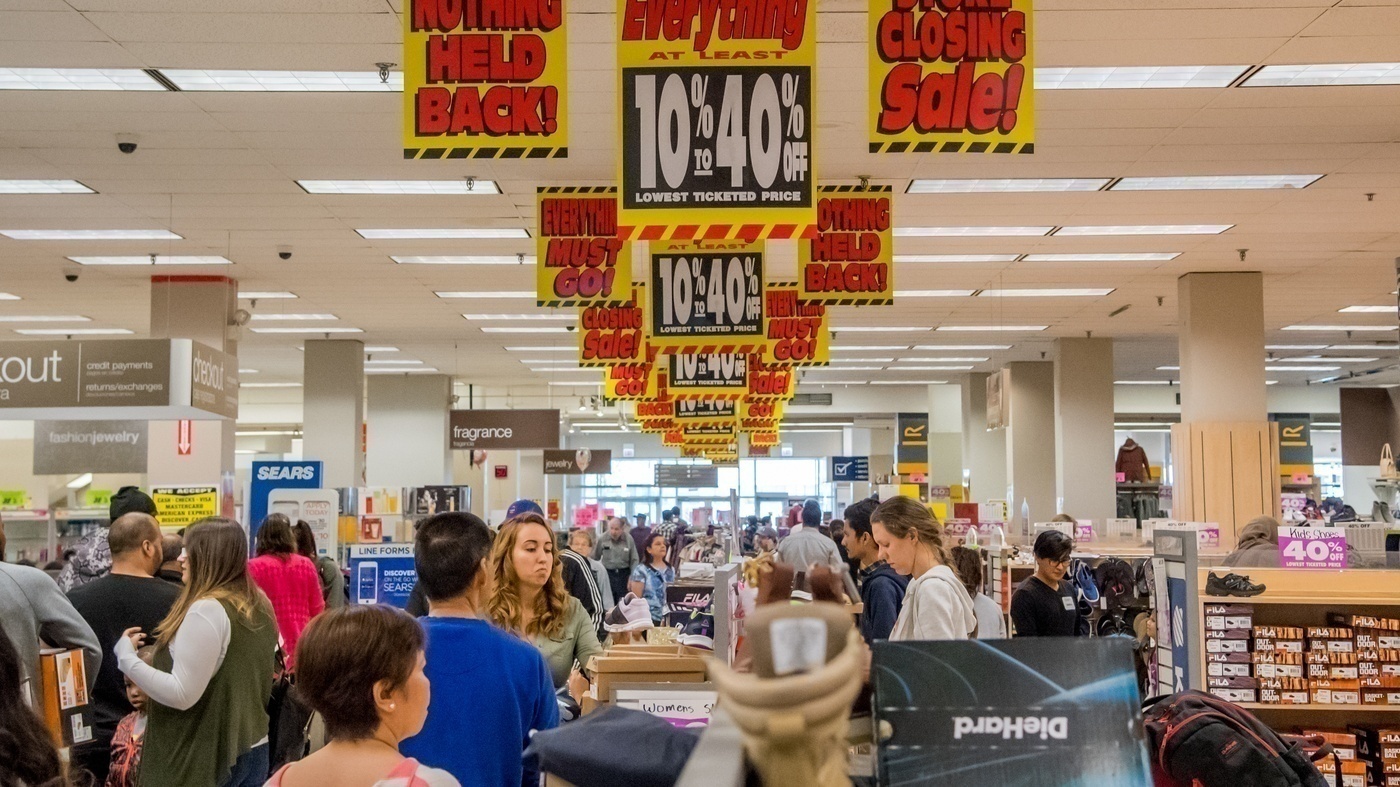 Sears Holdings Corp., which operates Sears and Kmart, said Thursday that it is closing 72 more of its stores. Here, shoppers look for deals at the last remaining Sears store in Chicago before it closes this summer.

Sears Holdings Corp., which controls Sears and Kmart, says it has “identified approximately 100 non-profitable stores, 72 of which will begin store closing sales in the near future,” in the latest sign of the retailer’s struggles to stay afloat.

The figure represents about 8 percent of Sears’ remaining stores. Sears Holdings announced the closures in its quarterly results that it released on Thursday, in which it reported total revenues of approximately $2.9 billion — down from $4.2 billion in the same quarter a year ago.

Sears has not yet announced which stores will close. The company says its overall store sales fell 11.9 percent for the quarter — including a 13.4 percent decline at Sears stores.

In the spring of 2017, Sears Holdings had 1,275 stores. At the time, the company acknowledged that “substantial doubt exists related to the Company’s ability to continue as a going concern,” in a federal filing that cited concerns over its profitability and debt.