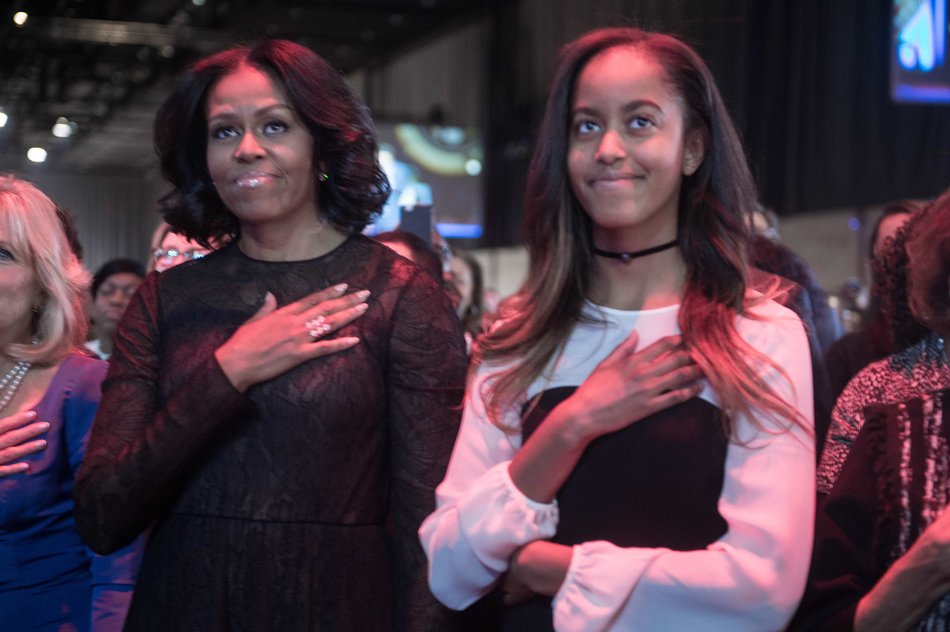 Cecily Strong kicked off the performance, singing “To Sir, With Love” as she stood in front of a large photo of Obama. Fellow cast member Sasheer Zamata joined in for the second half of the song, which was slightly modified from the 1967 original.

The duo sang, “And as you leave / I know that I am losing my best friend / A friend who taught me right from wrong / And weak from strong / That’s a lot to learn / What, what can I give you in return?”

They then pulled out a coffee mug for Obama that read, “World’s Best President.” Because nothing says “thank you” quite like a slogan mug.