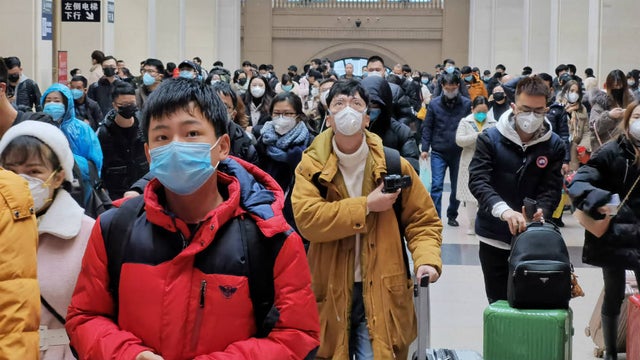 The Dow Jones Industrial Average lost up to 450 points Friday, falling roughly 1.6 percent, after Delta Air Lines and American Airlines announced they would suspend all flights between the U.S. and China starting in February. The S&P 500 index sunk 1.3 percent, while the Nasdaq composite fell 1.2 percent.

The decisions from Delta and American come amid increasing concern about the rapid spread of the Wuhan-based virus. The lethal respiratory illness surfaced in late December and has infected nearly 8,000 people, almost entirely in China, killing 137.

The World Health Organization (WHO) declared the coronavirus a global public health emergency Thursday following the confirmation of 98 cases in 18 countries outside of China. There are also confirmed cases of human-to-human transmission in four countries: Germany, Japan, Vietnam and the United States, according to the WHO.