As investigators skipped Thanksgiving celebrations to continue their search for a suspect in the unsolved slaying of four University of Idaho students, a third unsolved stabbing in the Pacific Northwest has resurfaced with eerie similarities. Reporters at a news briefing Wednesday asked Moscow police about the possible connection between the students’ slayings and a second […] Four University of Idaho students who were found dead in a rental house last Sunday were stabbed to death in their beds and likely were asleep when the attacks occurred, the Latah County coroner told a cable news channel on Friday. Cathy Mabbutt also told NewsNation that each victim suffered multiple stab wounds from a […] A massive manhunt is underway for two men suspected of mass stabbings that left at least 10 people dead and around 15 wounded in Canada. Police are hunting for Damien Sanderson and Myles Sanderson after the pair were named as suspects following a series of attacks across the James Smith Cree Nation, a remote indigenous […]

An employee at a Subway restaurant in Atlanta was shot and killed Sunday after a customer got upset about a condiment on his sandwich, Atlanta Police said. Police were called to the restaurant near Mercedes-Benz Stadium in downtown Atlanta shortly after 6:30 p.m., a news release from the police department said.Officers found two employees shot, […] 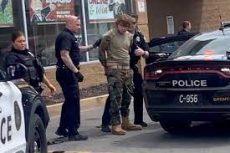 A teenaged gunman who allegedly murdered 10 people at a Buffalo supermarket planned the attack for months before he drove for three hours to carry out the vile ambush that was allegedly motivated by the white supremacist’s hated of black people. Payton Gendron, 18, of Conklin, NY, pleaded not guilty to first-degree murder following Saturday’s […]

BOULDER, Colo. — Twenty-five years after JonBenet Ramsey was killed, police say DNA hasn’t been ruled out to help solve the case. The 6-year-old was found dead in the basement of her family’s Boulder home on Dec. 26, 1996, bludgeoned and strangled, several hours after her mother called 911 to say her daughter was missing […]

The paramedic seriously wounded last year by Kyle Rittenhouse said Thursday he was unnerved watching “your would-be murderer” on the witness stand. Gaige Grosskreutz, the only survivor of three people Rittenhouse shot on Aug. 25, 2020, in Kenosha, Wisconsin, watched the 18-year-old testify in his defense Wednesday and called it an emotional experience. “Well I […]

A team of specialists who investigate cold cases says it has identified the Zodiac Killer, one of America’s most prolific serial murderers who terrorized communities in the San Francisco area in the late 1960s with a series of brutal slayings and unsolvable riddles. The Case Breakers, a team of more than 40 former law enforcement […]

Duane Chapman, more commonly known as “Dog the Bounty Hunter,” has joined the search for Brian Laundrie, Fox News reports. Chapman, a reality television star and former bail bondsman, joined the search in recent days after the FBI recovered the body of Laundrie’s girlfriend Gabby Petito and confirmed her death was a homicide. On Thursday, […] 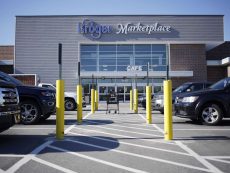 At least one person was killed and 14 others injured in a shooting at a Kroger in Collierville, Tennessee, police officials said Thursday afternoon. The shooter was also found dead, apparently of a self-inflicted gunshot wound, Police Chief Dale Lane said. Lane said at a news conference that 12 victims were injured, but town spokesperson […]

The FBI on Friday said the U.S. District Court of Wyoming issued a federal arrest warrant for Brian Laundrie, a person of interest in the disappearance and homicide of deceased Gabby Petito. The warrant alleges that Laundrie committed debit card fraud between Aug. 30, 2021, and Sept. 1, 2021. The warrant is “pursuant to a […] 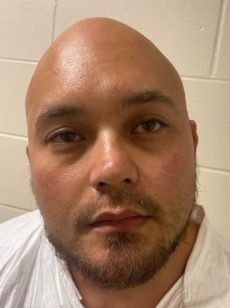 Four people, including an infant, were killed in a shooting at a home in Florida early Sunday morning, while an 11-year-old who was shot at least seven times was rushed to the hospital. The sheriff’s office has identified the suspect as 33-year-old Bryan Riley, a former Marine sharpshooter recently employed as a security guard. He […]