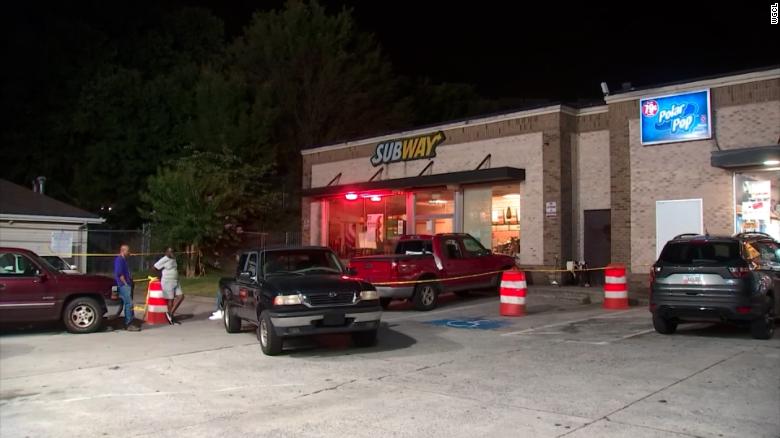 An employee at a Subway restaurant in Atlanta was shot and killed Sunday after a customer got upset about a condiment on his sandwich, Atlanta Police said.

Police were called to the restaurant near Mercedes-Benz Stadium in downtown Atlanta shortly after 6:30 p.m., a news release from the police department said.
Officers found two employees shot, and one woman was later pronounced dead at a hospital.
“This was a very tragic situation that did not have to occur,” Deputy Chief Charles Hampton Jr. said during a news conference Monday. “The suspect came inside the restaurant (to) order a sandwich and there was something wrong with the sandwich that made him so upset that he decided to take out his anger on two of the employees here.”