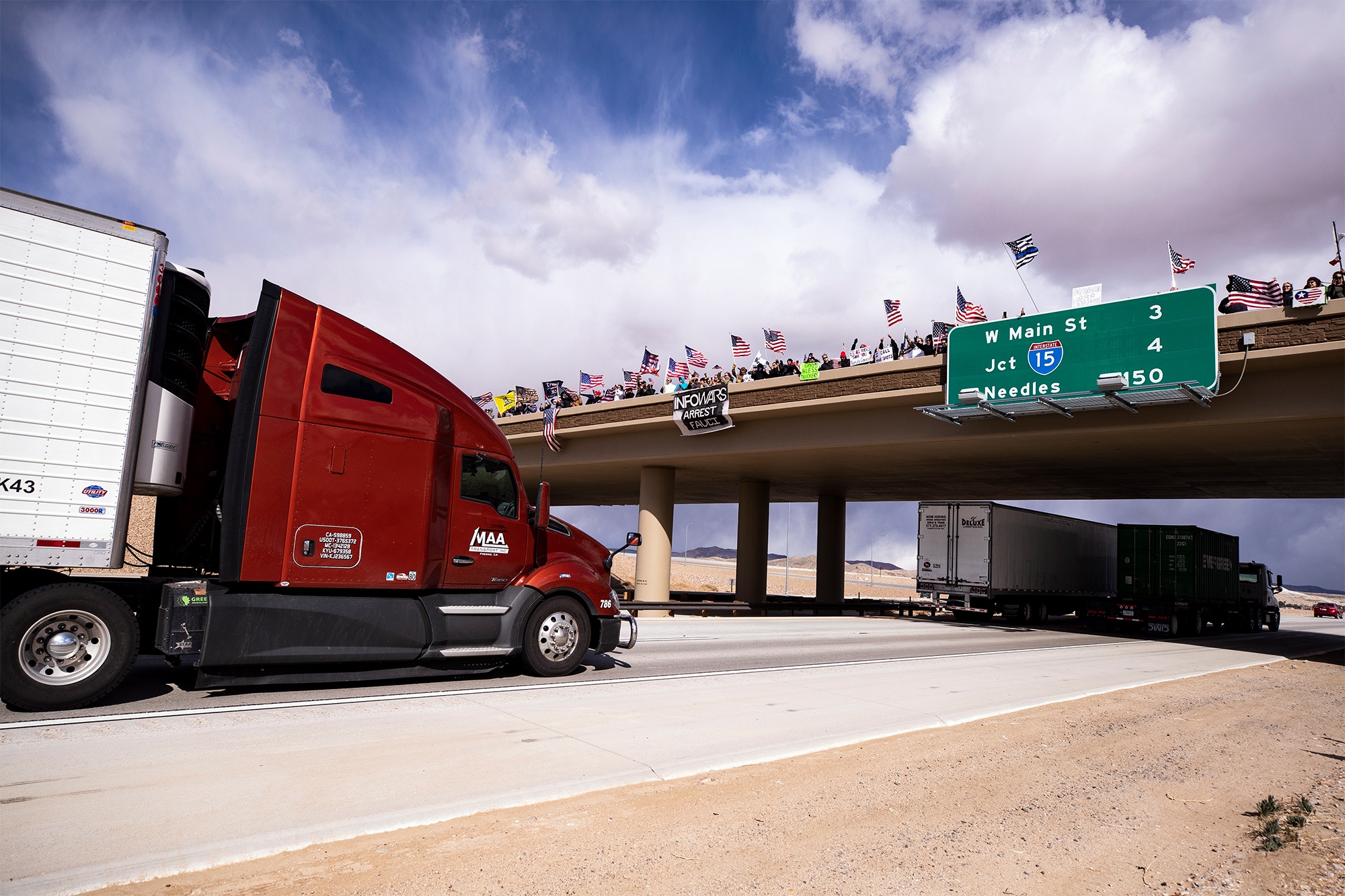 One group of truckers called the People’s Convoy that left California more than a week ago made it to the East Coast and was stationed on Saturday in Hagerstown, Md., about 70 miles northwest of the capital, converging with other drivers and their supporters — opening up the possibility that the convoy could move into Washington to hold protests against pandemic restrictions in the next few days.

It was not clear what the convoy’s exact travel plans were. A Facebook post on Saturday afternoon noted that a rally would be taking place on Saturday evening at the Hagerstown Speedway where the trucks were amassing, and several people commented that the group would be leaving on Sunday for the Capital Beltway, a highway that surrounds Washington.