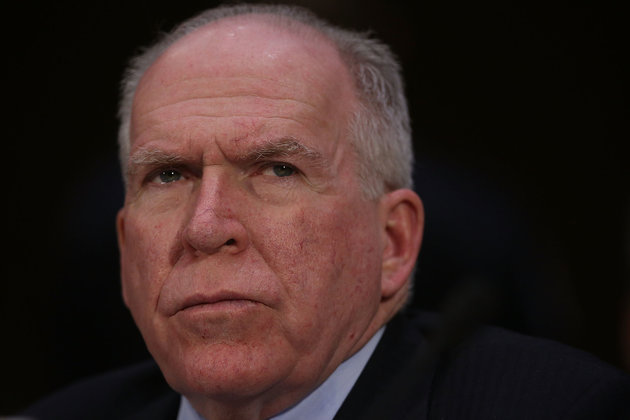 In an extraordinary escalation of tensions between the president-elect and his intelligence agencies, Donald Trump suggested in a tweet Sunday that outgoing CIA Director John Brennan may have leaked information about the existence of an unsubstantiated report that Russia allegedly has compromising information on Trump.

“Was this the leaker of fake news?” Trump asked following a Fox News interview with Brennan.

Trump attacked Brennan after the outgoing CIA boss sharply criticized the president-elect for not respecting the findings of the intelligence community, and described the threats to national security that Trump’s off-the-cuff comments could trigger.

He’s got to realize this is “more than being about him ― it’s about the United States and national security,” Brennan said on “Fox News Sunday.”

He also warned: “I think Mr. Trump has to be very disciplined in terms of what it is that he says publicly. He is going to be, in a few days’ time, the most powerful person in the world in terms of sitting on top of the United States government, and I think he has to recognize that his words do have impact.”