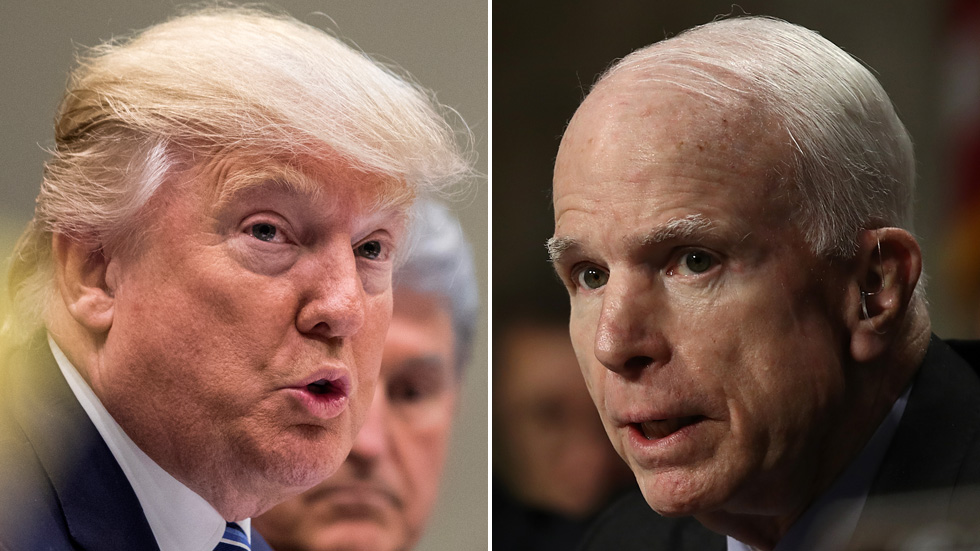 The two have repeatedly clashed on personal terms. One of Trump’s first controversies was to mock McCain’s time as a prison of war, saying he liked people “who weren’t captured.”

McCain has repeatedly criticized Trump on foreign policy, knocking him for being too willing to give Russian President Vladimir Putin the doubt and criticizing his attacks on a Gold Star family during the presidential campaign. He was one of a number of Republicans who stayed away from the GOP convention.

The 2008 GOP presidential candidate is the chairman of the Senate Armed Services Committee and will play a huge role in Defense policy over the next two years.

McCain could foil Trump in policy areas such as torture and Ukraine through the annual defense authorization bill.

He’s warned Trump not to lift sanctions against Russia, which have been imposed over Moscow’s annexation of Crimea; its backing of separatists elsewhere in eastern Ukraine and its meddling in the U.S. election.

In that vein, McCain recently teamed up with five other senators from both parties on a bill that would require congressional oversight before Trump can lift the sanctions.

The fight between McCain and Trump this week was over the raid in Yemen, which left one Navy SEAL and a number of civilians dead.