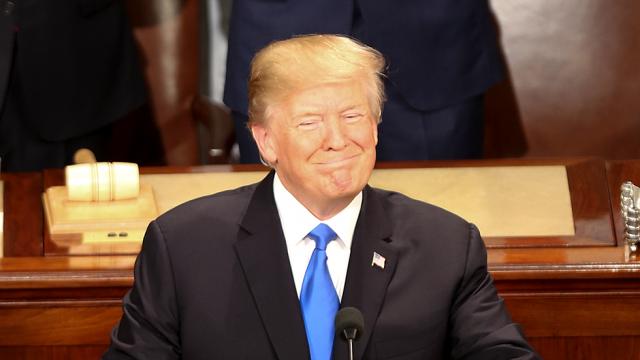 The 32 percent approval rating Trump logged in the December survey was the lowest for any major poll since Trump was elected. According to the RealClearPolitics average, Trump is at 40.4 percent approval and 56.3 percent disapproval.

The jump in the Monmouth survey appears to be driven by voter attitudes toward the GOP’s tax reform overhaul.

Republicans are increasingly confident that the tax bill will help them buffer the stiff political headwinds they face in the 2018 midterm elections. The tax cuts should begin working their way into individual paychecks in February and Republicans believe that voters will warm to the law if they find that they benefit personally from it.