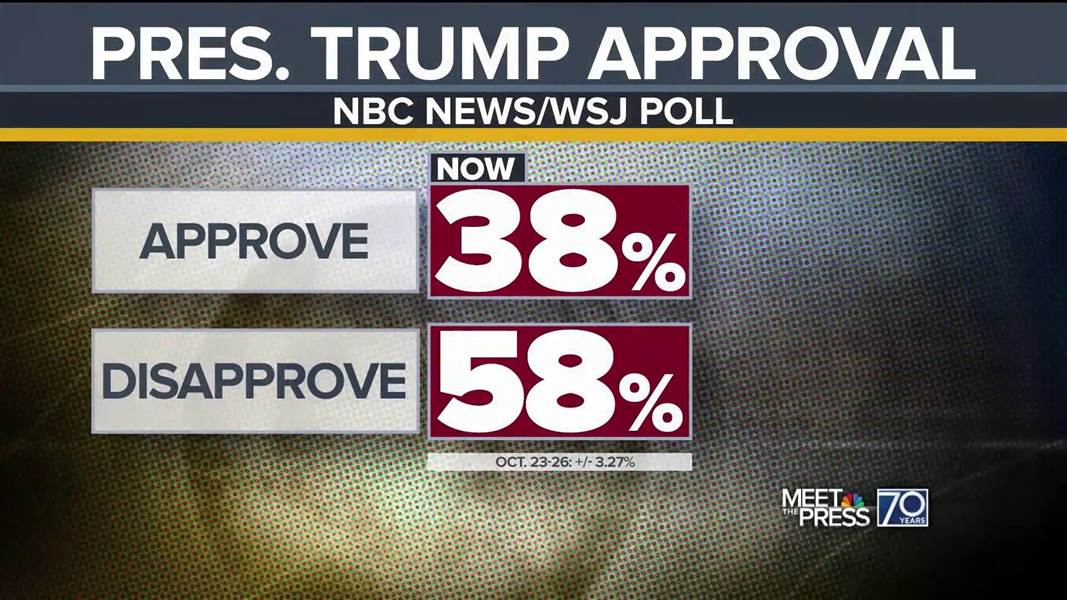 WASHINGTON — President Donald Trump’s job approval rating has declined to the lowest point of his presidency, and nearly half of voters want their vote in the 2018 midterms to be a message for more Democrats in Congress to check Trump and congressional Republicans, according to a new NBC News/Wall Street Journal poll.

Thirty eight percent of Americans say they approve of Trump’s job performance — down five points since September — while 58 percent disapprove.

Trump’s previous low in approval in the national NBC/WSJ poll was 39 percent back in May.

“This is his worst showing of his young presidency so far,” said Democratic pollster Fred Yang of Hart Research Associates, who conducted this survey with Republican pollster Bill McInturff and his team at Public Opinion Strategies.

The drop for Trump has come from independents (who shifted from 41 percent approval in September to 34 percent now), whites (who went from 51 percent to 47 percent) and whites without a college degree (from 58 percent to 51 percent).