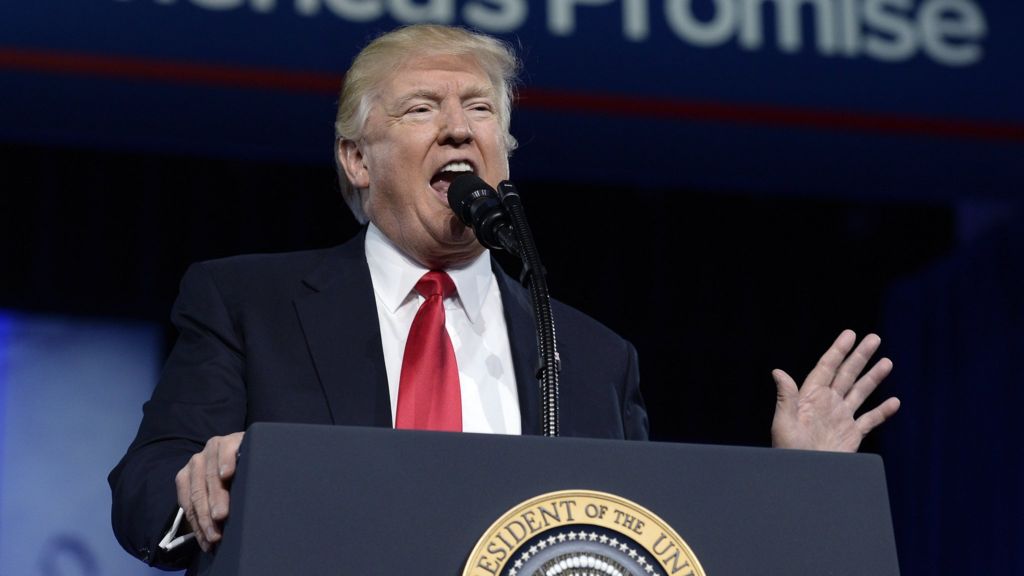 US President Donald Trump has vowed to start building a wall on the Mexican border “soon, way ahead of schedule”, in a speech at a conservative event.

He also promised to focus on “getting bad people out of this country”.

Mr Trump was greeted by chants of “USA, USA, USA!” as he addressed the annual forum in Maryland.

Neither made any mention of the wall in Thursday’s news conference after their closed-door meetings.

The wall could cost up to $21.5bn (£17.2bn), according to Reuters, citing a Department of Homeland Security internal report – much higher than Mr Trump’s estimated price tag of $12bn (£9.6bn).

On Thursday senior White House strategist Steve Bannon told the crowd at CPAC that Donald Trump wasn’t moderating his views or backing down from his controversial campaign promises. On Friday the president took the stage and proved his top adviser right.