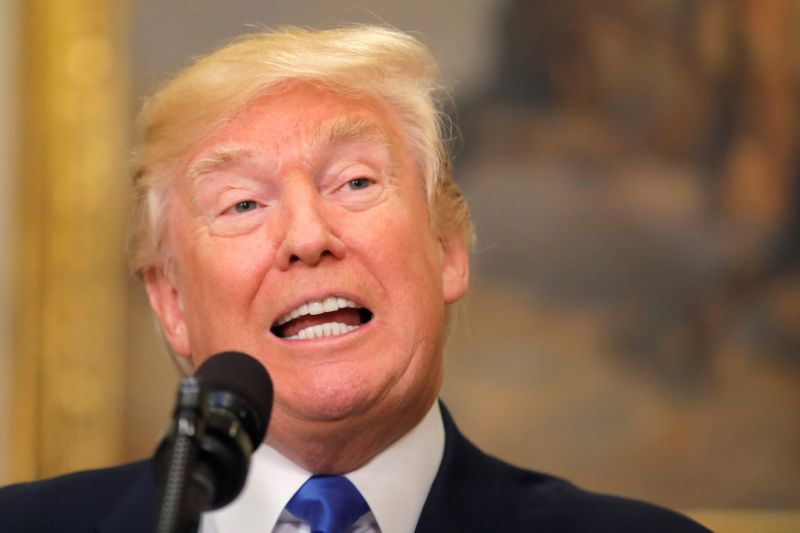 WASHINGTON — President Trump backed a sweeping plan Wednesday to halve legal immigration to the United States, flanked by the two Republican senators who crafted the bill.

“As a candidate I campaigned on creating a merit-based immigration system,” Trump said. He added that the legislation, called the RAISE Act, would be the “most significant reform to our immigration system in half a century.”

The president said that the bill shows “compassion” to struggling American families and that it would “give American workers a pay raise by reducing unskilled immigration.”

Sens. Tom Cotton, R-Ark., and David Perdue, R-Ga., first floated a version of the bill back in February. They proposed cutting the number of green cards given to family members of U.S. citizens by half and eliminating the annual visa “diversity” lottery that gives 50,000 green cards to people in nations without significant immigration levels to the U.S.

The bill would allow U.S. citizens to sponsor their minor children and spouses for legal status, but not their parents, adult children or siblings. (Some exceptions would be made for sick older parents.) That would likely reduce the number of new legal immigrants to the United States per year from roughly 1 million to 500,000.

While the senators and Trump are billing the legislation as a way to make the U.S. immigration system more based upon skills and merit, the bill does not route any of the eliminated family green cards into the merit system. In designing the legislation, Perdue said lawmakers were inspired by the merit-based immigration systems of Canada and other developed countries. But Canada, which is nearly 10 times smaller than the United States, admitted more jobs-based permanent residents in 2015 than the United States would under this Trump-backed bill.