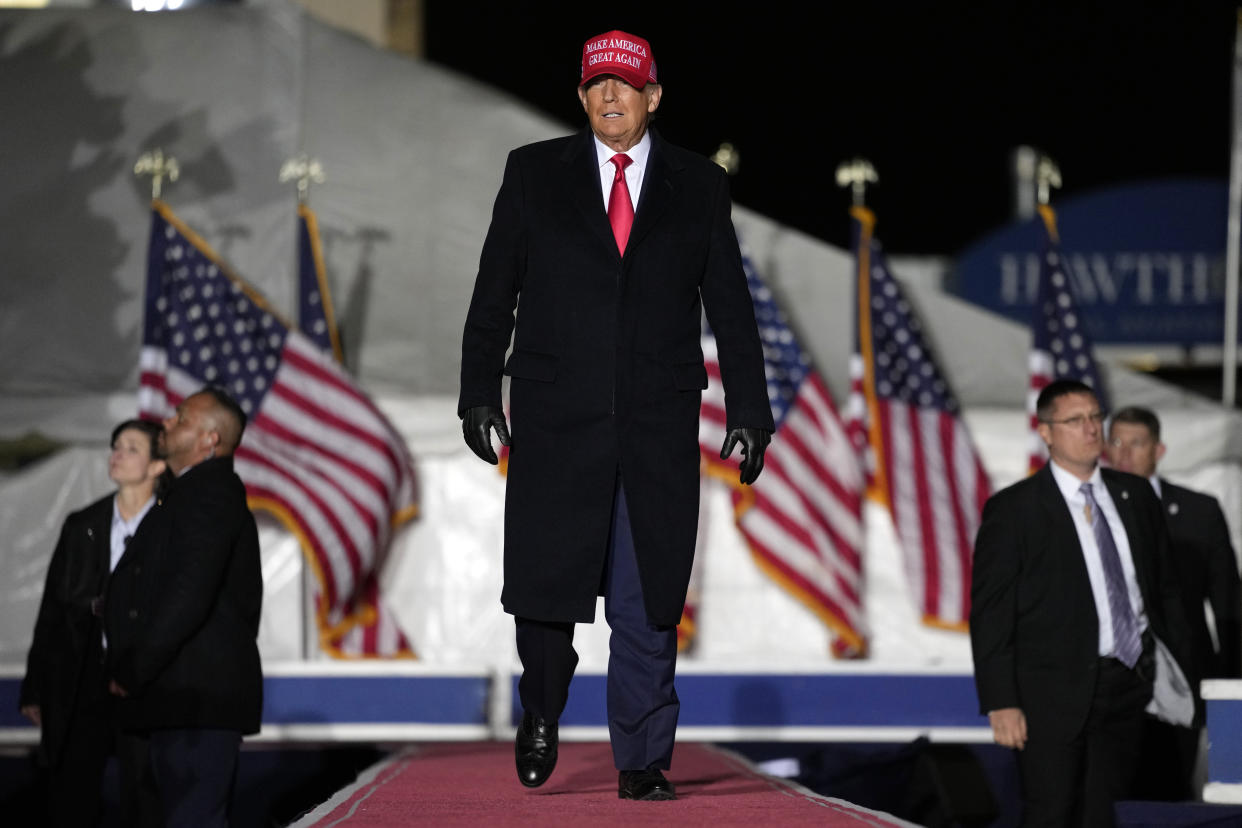 “Get ready,” former Republican President Donald Trump teased a crowd in Sioux City Thursday as he hinted, once again, at a looming presidential run in 2024.

“That’s all I’m telling you,” he said, pausing to let the crowd chant his name. “Very soon. Get ready.”

Trump has continued to hint at a new presidential run, though he hasn’t made any official declarations.