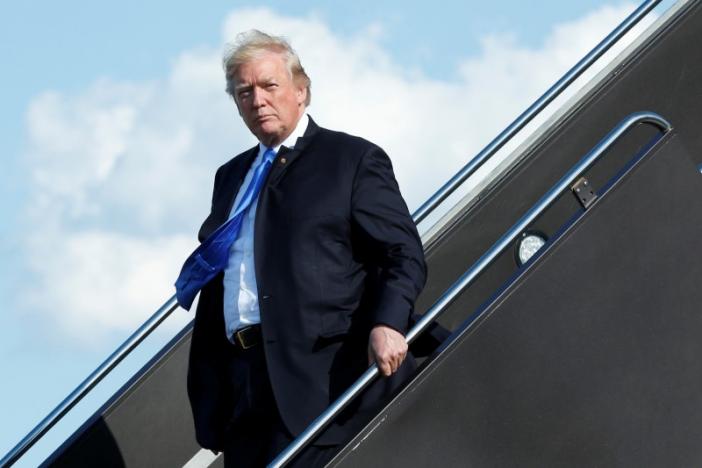 WASHINGTON U.S. President Donald Trump lashed out on Thursday after a report that he was under investigation for possible obstruction of justice and he dismissed as “phony” the idea his campaign colluded with any Russian effort to sway the 2016 U.S. election.

“They made up a phony collusion with the Russians story, found zero proof, so now they go for obstruction of justice on the phony story. Nice,” Trump wrote on Twitter, later repeating his accusation that the probe is a “witch hunt.”

Eight hours later, after a busy day meeting with governors and witnessing the formal investiture of his pick for the Supreme Court, Trump returned to the topic again in a pair of tweets suggesting that Hillary Clinton, his Democratic opponent in the election, should be under investigation instead of him.

A source familiar with the Mueller investigation confirmed the report, saying an examination of possible obstruction of justice charges was “unavoidable” given testimony by former FBI Director James Comey, although the issue may not become the main focus of the probe.