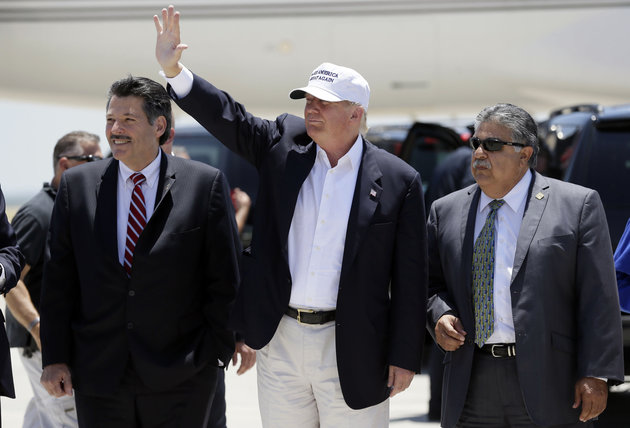 WASHINGTON ― Donald Trump is accusing the government of letting undocumented immigrants “pour into the country so they can go and vote” in November ― the latest conspiracy theory the Republican presidential nominee is perpetuating to delegitimize the election.

“You hear a thing like that, and it’s a disgrace,” Trump told members of the National Border Patrol Council, a union that has endorsed him, at Trump Tower in New York on Friday. “Well, it will be a lot different if I get elected.”

Trump was responding to a comment from the union’s vice president, Art Del Cueto, who said immigration agents are setting aside criminal background checks because they’re “so tied up with trying to get the people who are on the waiting list to hurry up and get them their immigration status corrected.”

“They want to hurry up and fast track them so they can go ahead and vote in the election,” Del Cueto explained, apparently referring to immigrants who are waiting to become naturalized U.S. citizens.