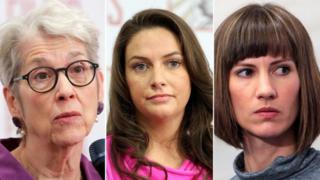 The White House said the women were making “false claims”.

Monday morning’s press conference was organised by Brave New Films, which last month released a documentary, 16 Women and Donald Trump, about the claims made by multiple women.