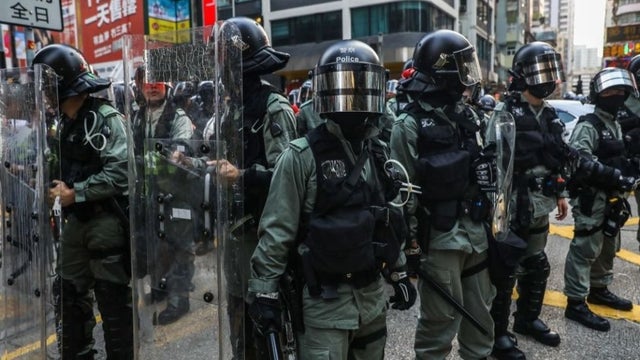 Protests raged for another weekend in Olympia, Wash., with reports of a gun being fired.

Trump supporters and members of the Proud Boys gathered Saturday afternoon at Washington’s state Capitol, along with leftist counterprotesters. Police in Olympia declared a riot early and arrested at least one person, with at least one street brawl between the groups.

A gun was fired by a Proud Boy, hitting a counterprotester, before Olympia police secured the area.