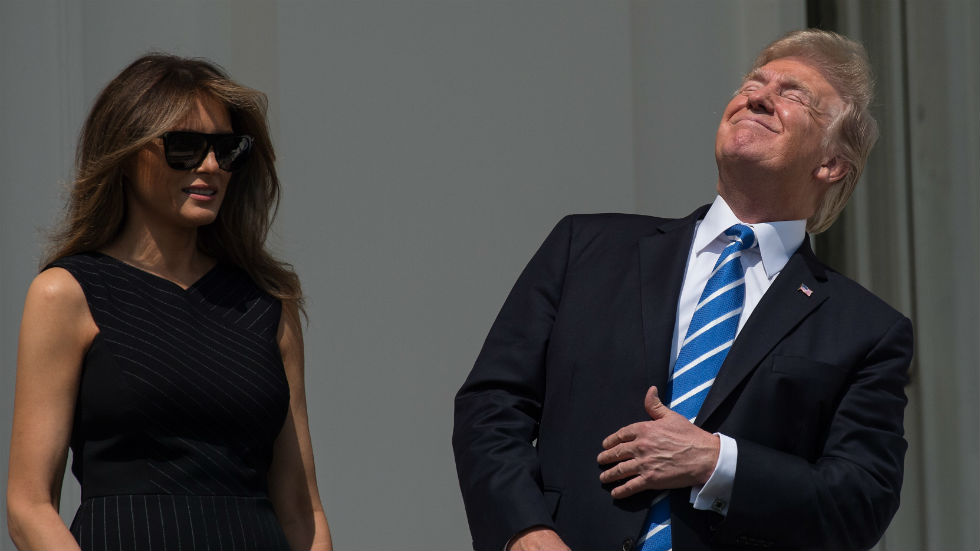 The couple stood with their son, Barron, on the Blue Room Balcony — while wearing special protective glasses — to take in the eclipse as it made its way through the Washington area.

Trump took off the glasses momentarily, gestured to a large crowd of aides standing below on the South Lawn, looked up and pointed to the sky. One of the staffers shouted “don’t look.”

A couple of minutes later, Trump, with his glasses back on, turned his head upward and watched the eclipse for around a minute and a half as the eclipse reached its apex.

When a reporter asked him “how’s the view,” the president gestured back with a thumbs up.