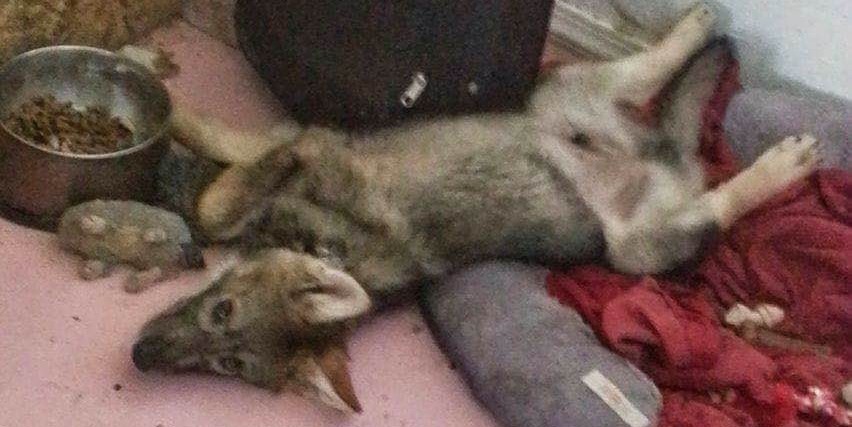 A free puppy may sound great in theory, but one Arizona man got more than he bargained for when his new pet behaved, um, rather interestingly. The young pup acted very nervously, needing constant companionship and peeing and pooping all over his owner’s car. That’s pretty run-of-the-mill for a puppy, but the dog also became quite the escape artist.

He’d dig under or jump over the fence to play with the neighbors’ German Shepherds, and when the owner installed a bigger barrier, the animal just chewed through it. Caught visiting next door, he didn’t respond to treats and avoided eye contact.

Soon the neighbors had enough, and brought the canine to the Humane Society of Southern Arizona. Even before they entered the front door, their suspicions were confirmed. “I approached the couple and asked, ‘You know that isn’t a dog, right?'” Maureen O’Nell, the shelter’s former CEO, told The Dodo. “They responded, ‘we were wondering.'”