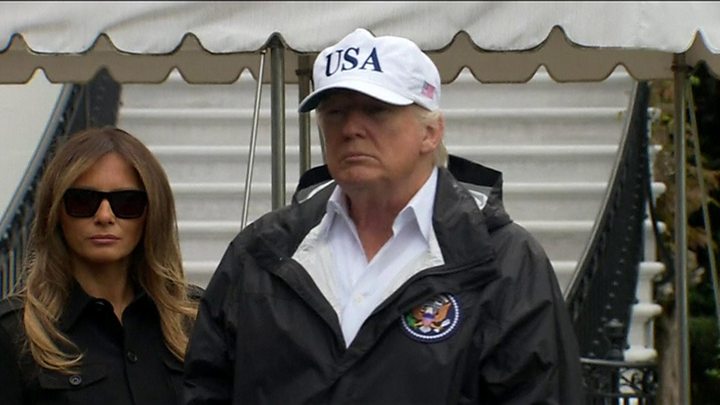 US President Donald Trump has said he is “fairly close” to a bipartisan deal to protect young undocumented migrants known as Dreamers.

Mr Trump told journalists at the White House that any agreement must include “massive border security”.

The president said funding for his proposed border wall on the US border with Mexico was not part of the pact.

Mr Trump spoke a day after talks with top Democrats Nancy Pelosi and Chuck Schumer at the White House.

The president’s right-wing supporters are infuriated.

Only last week Mr Trump stunned fellow Republicans by making a budget deal with the Democrats.

Does anybody really want to throw out good, educated and accomplished young people who have jobs, some serving in the military? Really!…..

…They have been in our country for many years through no fault of their own – brought in by parents at young age. Plus BIG border security