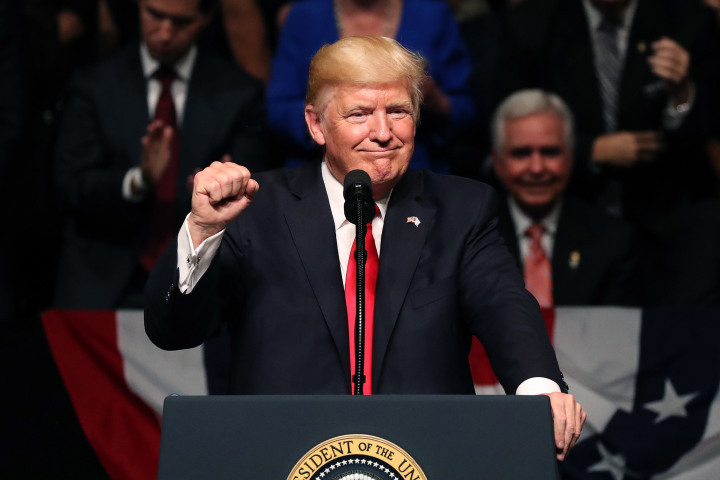 WASHINGTON — President Donald Trump said Wednesday he would “not even consider” renaming Army bases that honor Confederate leaders who fought to protect slavery and uphold white supremacy despite nationwide reckoning over racial discrimination in the aftermath of the killing of George Floyd.

“The United States of America trained and deployed our HEROES on these Hallowed Grounds, and won two World Wars. Therefore, my Administration will not even consider the renaming of these Magnificent and Fabled Military Installations,” he tweeted.

“Our history as the Greatest Nation in the World will not be tampered with. Respect our Military!” Trump continued, calling the bases “part of a Great American Heritage.”

Trump’s tweets came just as Philonise Floyd, George Floyd’s brother, wrapped up an emotional testimony to members of Congress on police reform, urging them to listen to the calls around the world to “stop the pain.”

The White House passed around a printed sheet of the tweets compiled into a statement to reporters Wednesday afternoon ahead of the press briefing. White House press secretary Kayleigh McEnany began the press conference by reading the tweets, saying that the statement had come “directly from the president” and that “we spent some time working on that.”