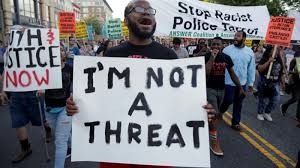 Support in the U.S. for the Black Lives Matter movement has more than doubled since 2016, according to a poll released Thursday.

Fifty-seven percent of American adults said they have a favorable opinion of Black Lives Matter, according to the Yahoo News/YouGov survey, compared to 27 percent who said the same in a similar poll four years ago.

The increase was seen across party lines, with Democrats still leading Republicans and independents in voicing support for the movement.

An overwhelming 84 percent of Democrats now say they have a favorable opinion of the Black Lives Matter movement, a 30-point jump since 2016. Support among independents jumped to 55 percent from 21 percent four years ago.

Just 27 percent of Republicans said they have a favorable opinion of Black Lives Matter in the recent poll, but that is more than six times the 4 percent who said the same in 2016.