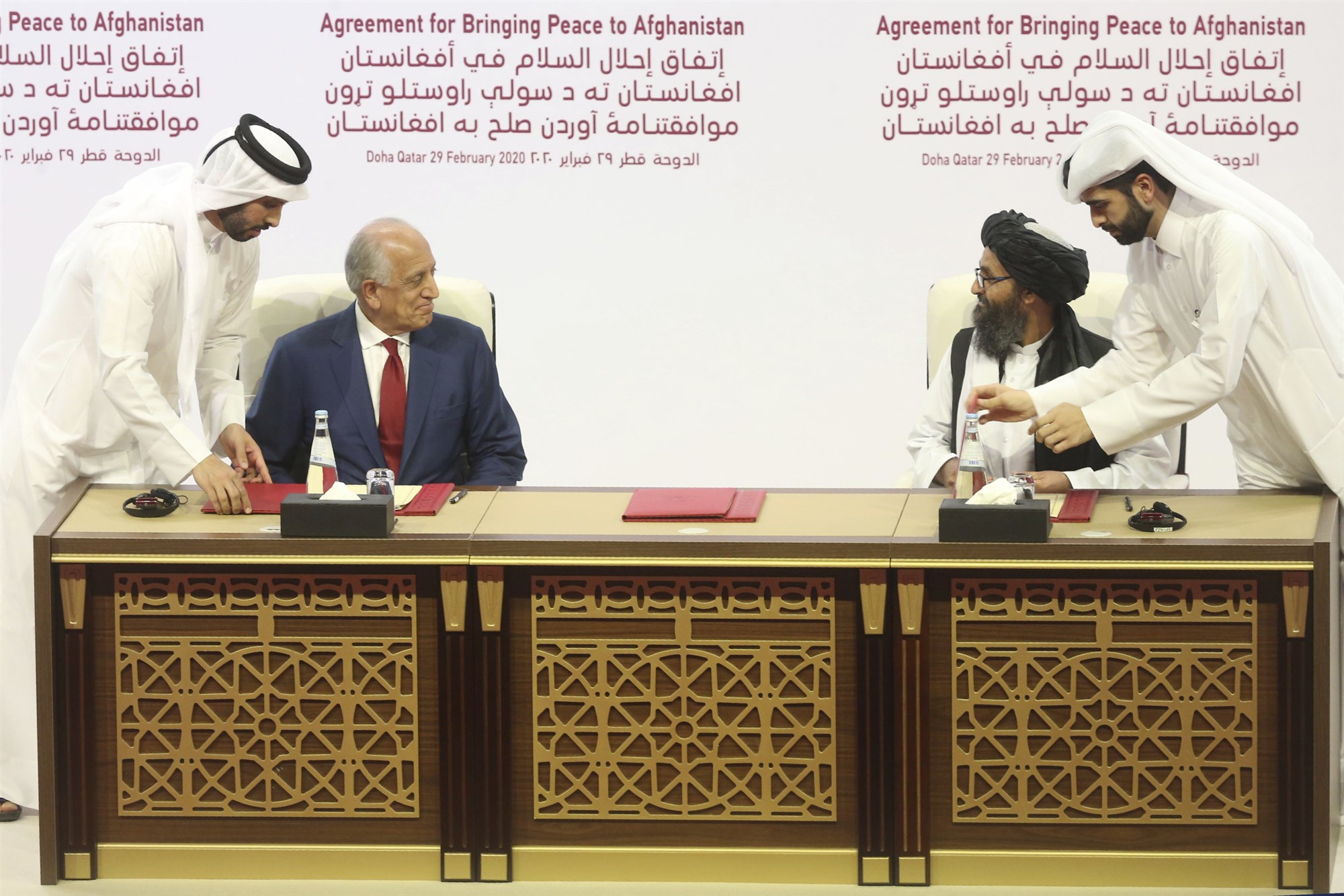 DOHA, Qatar — The U.S. invasion of Afghanistan started nearly 7,000 miles away on a sunny September morning when hijacked planes slammed into the twin towers of the World Trade Center in New York City, as well as the Pentagon and a field near Shanksville, Pennsylvania.

Hundreds of miles from the battlefields of Afghanistan in a glitzy banquet hall in a five-star hotel in Qatar, the United States and the Taliban signed a landmark agreement that paves the way for U.S. troops to begin withdrawing from the poor and war-torn central Asian country.

“The Taliban will not allow any of its members, other individuals or groups, including Al Qaeda, to use the soil of Afghanistan to threaten the security of the United States and its allies,” the agreement states.

Under the pact, the U.S. would reduce its forces to 8,600 from 13,000 in the next three to four months. Remaining U.S. forces would withdraw in 14 months, although a complete pullout would depend on the Taliban meeting commitments to prevent terrorism.