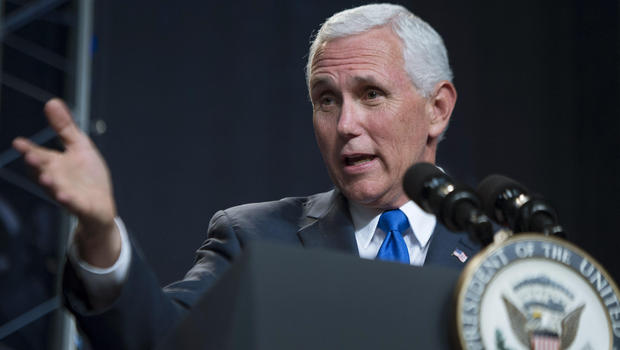 WASHINGTON (Reuters) – U.S. Vice President Mike Pence on Sunday denied that he is preparing for a presidential election run in 2020, saying the suggestion is “disgraceful and offensive.”

Pence was responding to a New York Times report that some Republicans were moving to form a “shadow campaign” as though President Donald Trump were not involved. It said multiple advisers to Pence “have already intimated to party donors that he would plan to run if Mr. Trump did not.”

The report said Pence had not only kept a full political calendar but also had created his own independent power base, including a political fund-raising group called the “Great America Committee.”

But Pence called the article “fake news” and said his entire team was focused on advancing Trump’s agenda and seeing him re-elected in 2020.

“The allegations in this article are categorically false and represent just the latest attempt by the media to divide this Administration,” Pence said in a statement.

The Times stood by its coverage. “We are confident in the accuracy of our reporting and will let the story speak for itself,” New York Times spokeswoman Danielle Rhoades Ha said in an email.