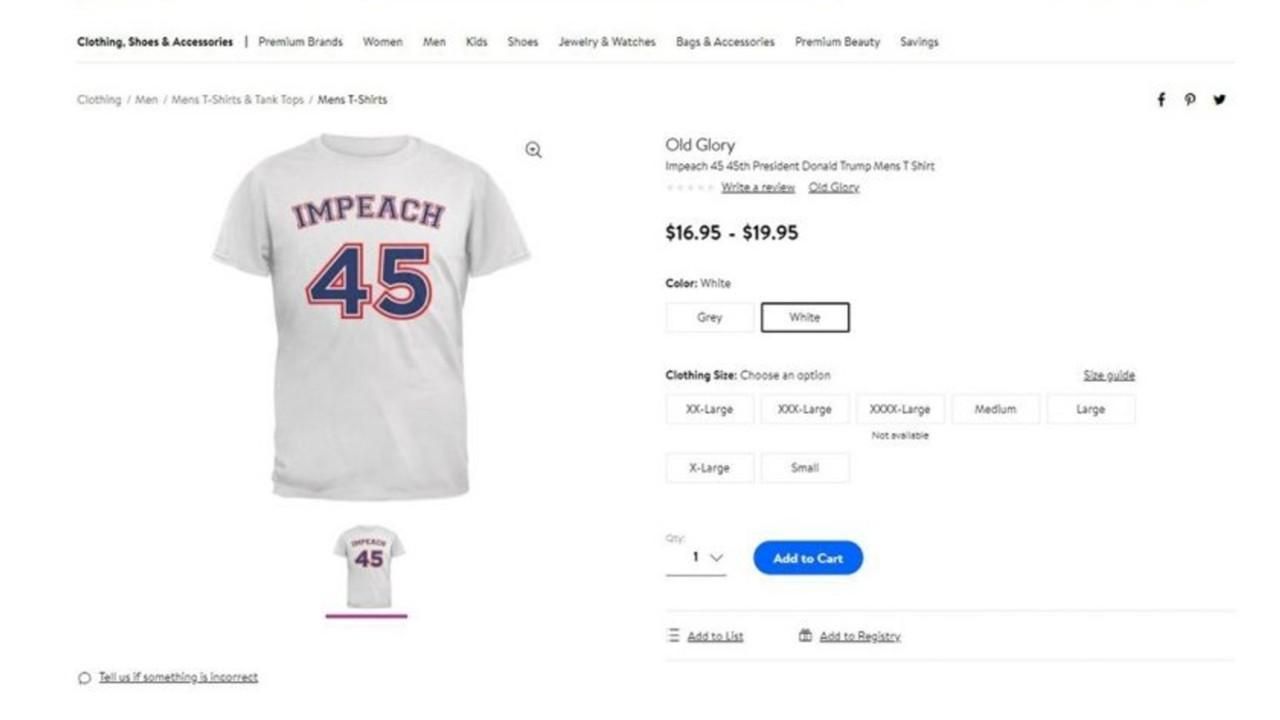 A ‘Boycott Walmart’ campaign has been launched after it was discovered the store was selling ‘impeach 45’ clothing on its website.

Walmart has pulled the the controversial anti-Trump “Impeach 45” apparel from its website after receiving harsh feedback online.

The outcry sparked a #BoycottWalmart trend on Twitter as users expressed their distaste for the chain promoting the impeachment of President Trump, echoing some Congressional Democrats.

“These items were sold by third party sellers on our open marketplace, and were not offered directly by Walmart. We’re removing these types of items pending review of our marketplace policies,” a Walmart spokesperson told Fox News.

One user accused Walmart of joining the “far left.”