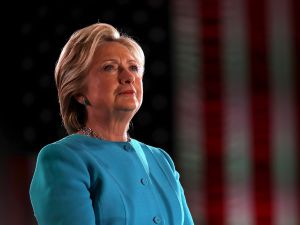 Jeff Stein, a writer at the generally pro-Clinton Vox, rescinded previous claims he made that the Clinton Foundation wasn’t used to personally enrich the family’s wealth after WikiLeaks released an email revealing Chelsea Clinton used the foundation to direct investors to her husband’s hedge fund and treated Clinton Foundation funds as a personal bank account.

“His raising money for his own fund hasn’t been going well and he has cvc making some calls for him to get mtgs with some clinton people,” Teneo president Doug Band, who has some close ties with the foundation, wrote in a January 2012 email to Podesta and other Clinton staff. “Marc has invited several potential investors and a few current business ones to the poker night. I assume all are contributing to the foundation, which of course isn’t the point. What is the point is that he is doing precisely what he accused me of doing as the entire plan of his has been to use this for his business which he is.”