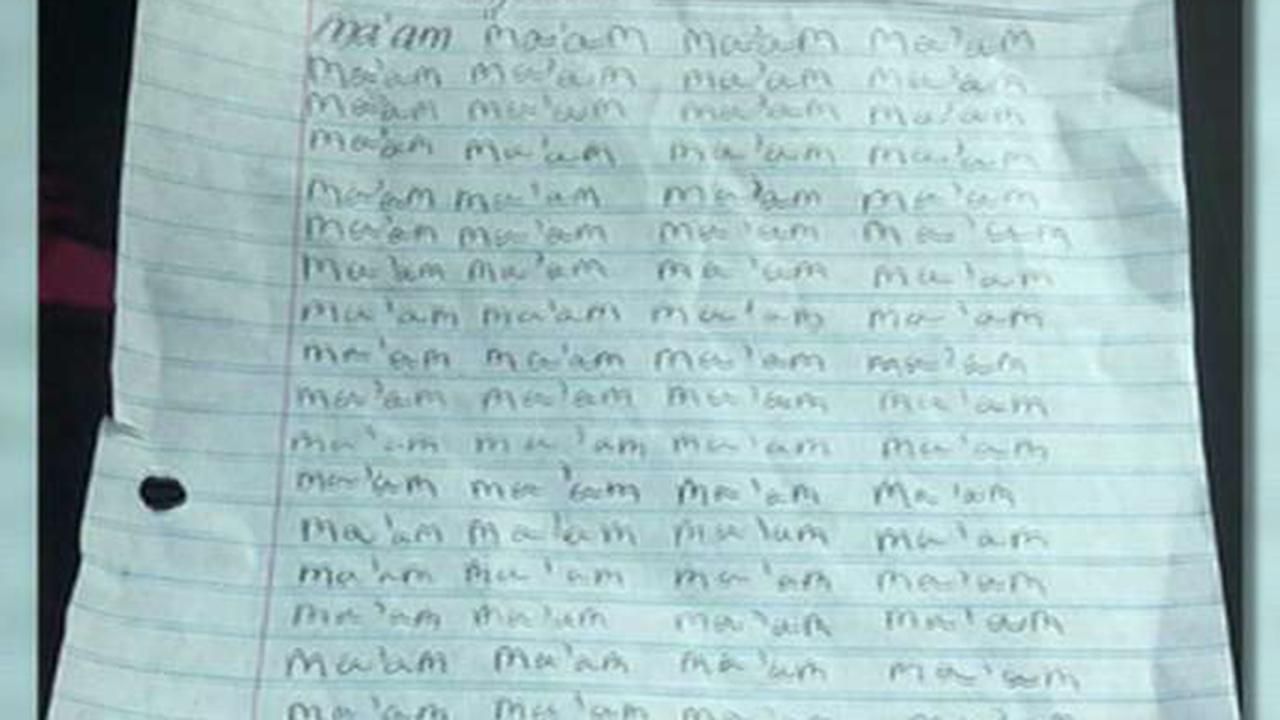 North Carolina parents say their son was forced to write the word ‘ma’am’ more than 100 times.

The mother of a 10-year-old boy in North Carolina is outraged that her son was recently punished for calling his fifth grade teacher “ma’am.”

“I was in disbelief,” Teretha Wilson, the boy’s mother, told Fox News on Saturday.

Wilson noticed her son, Tamarion, was not himself when she picked him up from the bus stop earlier this week.

“I asked him what was wrong, and he told me he got in trouble for saying ‘ma’am’ to a teacher. I was confused,” she said.

Inquiring further, Wilson asked her son to give more detail about the incident. That’s when the fifth-grader at North East Carolina Preparatory School in Tarboro, North Carolina, pulled out a piece of lined paper with the word ma’am written dozens of times.

The young boy also claimed that the teacher threatened to throw something at him during the incident, his mother said.