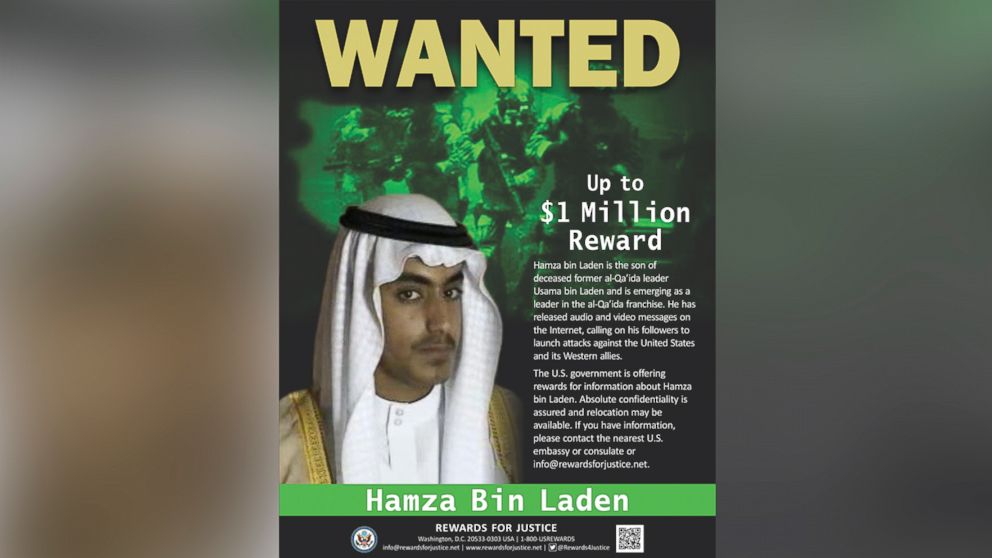 The United States will pay up to $1 million for help locating one of the sons of the late al-Qaida founder Osama bin Laden, who officials say is emerging as a “key leader” in the terror group.

The U.S. Department of State announced the offer Thursday for information on the whereabouts of Hamza bin Laden, whose father was killed by American forces at his hideout in northern Pakistan in May 2011.