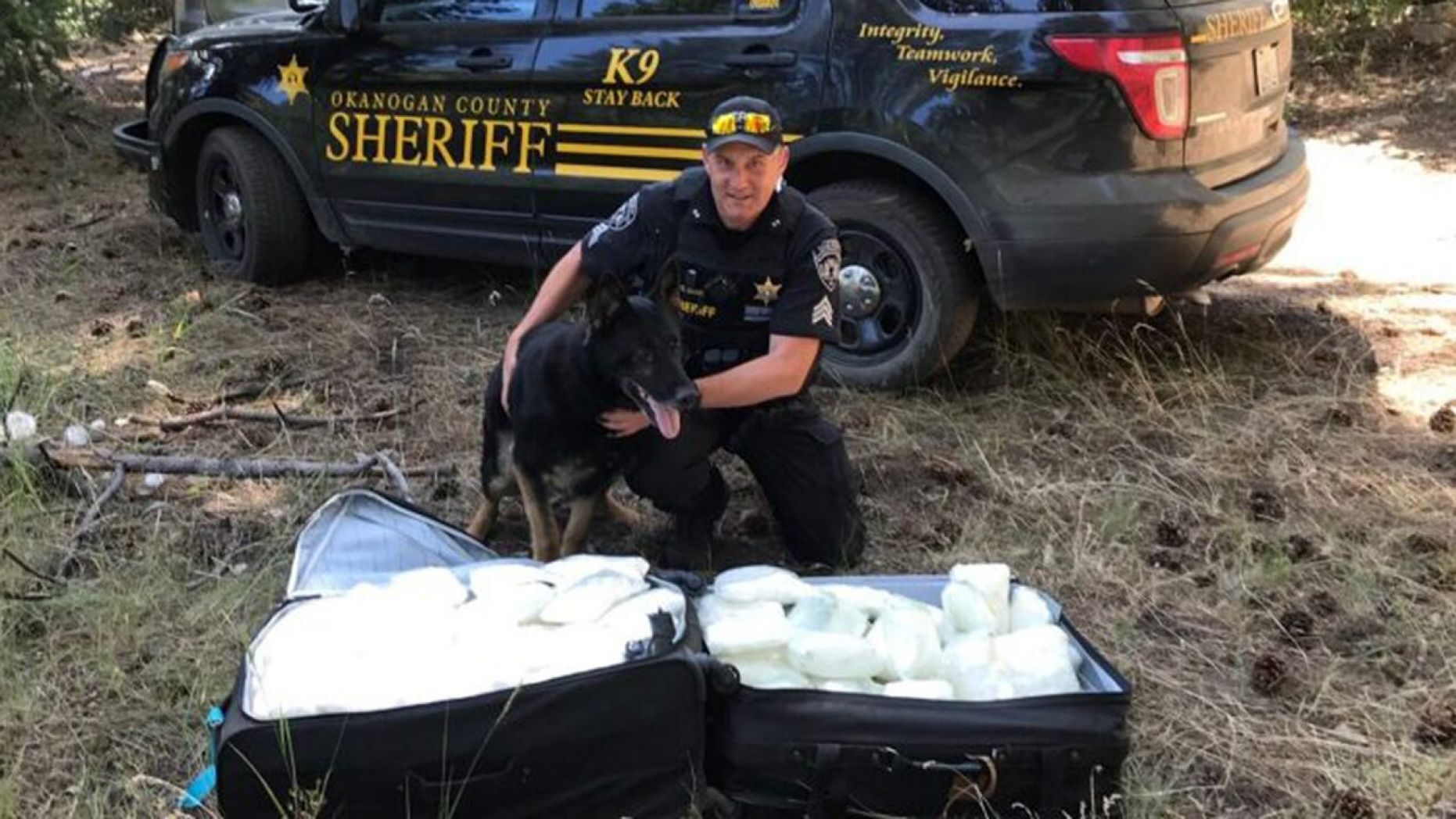 Two suitcases full of methamphetamine were found in a Washington state forest on Monday, officials said — though it’s still a mystery as to how huge haul of drugs got there.

The luggage was discovered in a “heavily brushy area” of the Okanogan National Forest, located in the north-central part of the state, near the town of Mazama.

Sgt. Gene Davis and his K-9 partner, Gunner, were working with Homeland Security Investigations with the “cross border air smuggling investigation” when they discovered the drugs.